Abstract:  The purpose of this study was to assess the feasibility of extemporaneous compounding of slow-release oral dosage form of niacinamide and to evaluate its release kinetics. The model formulation (preparation) was developed in the form of powder-filled hard gelatin capsules. Two slow-release preparations with different ratios of hypromellose have been prepared and evaluated in comparison with an immediate-release preparation. The dissolution tests were performed as per United States Pharmacopoeia requirements: Type I Apparatus, over 7 hours. Both slow-release preparations, containing 40% and 60% v/v hypromellose, respectively, have showed slow release kinetics. The dissolution profiles were significantly different, with similarity factor f2<50. The dissolution data demonstrated Korsmeyer-Peppas kinetics with n values indicating anomalous transport. In conclusion, the results of this study suggest that slow-release niacinamide capsules can be successfully compounded using hypromellose as a sole release rate modifier, and that the release mechanism is comparable to hydrophilic polymer matrix-based systems. 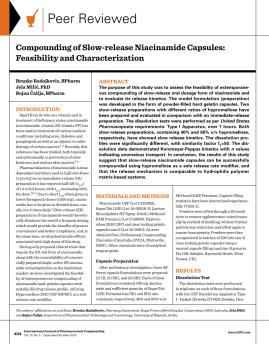 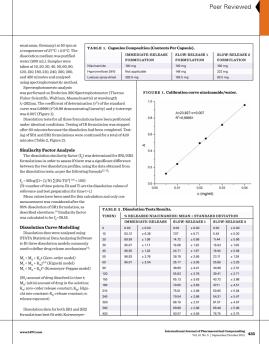 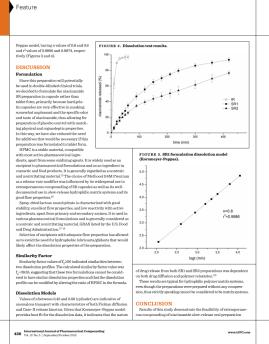 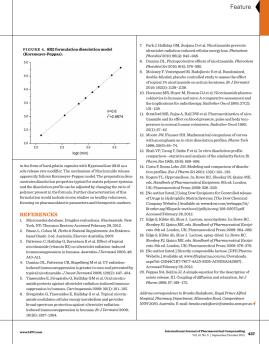