Abstract:  Fosphenytoin and sodium phenobarbital in 0.9% sodium chloride injection were analyzed in a simulated Y-site admixture. Each drug was analyzed for stability by high-pressure liquid chromatography (HPLC) from three simulated Y-site samples over an eight-hour period. The HPLC assay results indicate that both fosphenytoin and sodium phenobarbital are stable together at a Y site over an eight-hour period. In addition, there was no change in sample clarity or pH over the same period. The results indicate that, when medically necessary, fosphenytoin and sodium phenobarbital in 0.9% sodium chloride injection can be administered via the same intravenous line. 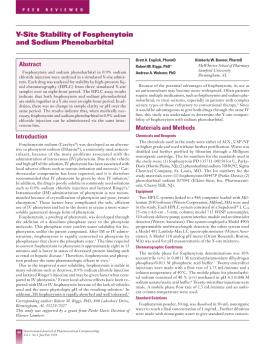 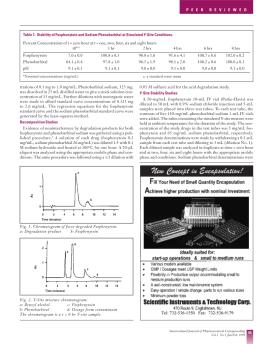 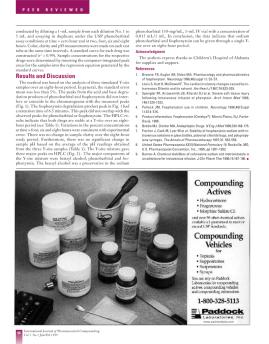