Development of a Standardized Intranet Database of Formulation Records for Nonsterile Compounding, Part 1

Abstract:  New methods for reducing medication errors in sterile compounds are always being considered, but the safety and stability of nonsterile compounded formulations are often overlooked in both hospital and independent compounding pharmacies. Extemporaneous compounding benefits from the pharmacist’s easy access to a comprehensive computerized database that is based on high-performance liquid chromatography research and can be incorporated into a pharmacy information system to standardize formulations and prevent errors (which in turn improves patient safety). The Mission Health System, which is based in Asheville, North Carolina, is the cornerstone of advanced medical care in western North Carolina. Hospital providers in that healthcare system occasionally require customized compounded formulations to meet the needs of their patients (in particular, pediatric patients). However, each satellite pharmacy in the Mission Hospital system has a specific set of formulation records, and no standardized format for those records exists. In addition, beyond-use dates in many of those formulations either do not exist or are not referenced. The objectives of this project were to standardize the format of formulation records, create a computerized system so that all hospital pharmacists would have access to the same formulations, establish beyond-use dates (for nonsterile preparations) based on published stability studies or the most current tertiary literature, and improve the quality-control process for extemporaneously compounded nonsterile formulations prepared at the satellite hospital pharmacies. We suggest that if verifiable beyond-use dates are assigned to nonsterile extemporaneous preparations and if standardized formulations are rendered easily accessible, then the potential for medication errors will be reduced and patient safety will improve. 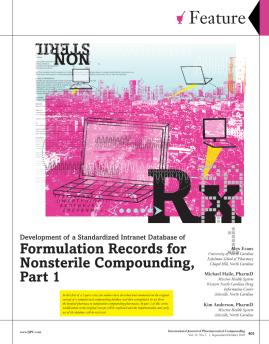 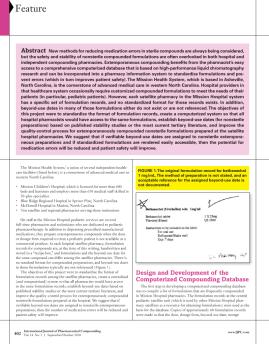 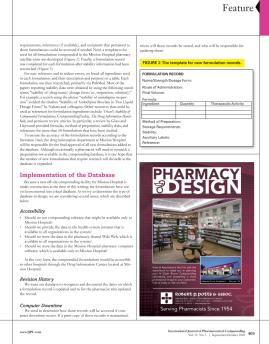 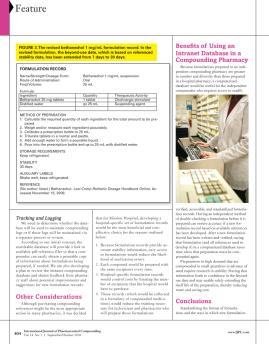 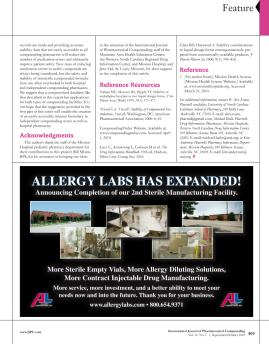