Abstract:  Suppository dosage forms offer several advantages in drug delivery and can be compounded in a pharmacy setting for the needs of the individual patient. In this study, we have examined the use of Pluronic polyols in the development of sustainedrelease rectal suppository formulations. Solid and liquid Pluronic polyols (Pluronic L61, F68, L101, and F108) were combined in a weight ratio ranging from 80:20 (solid to liquid) to 70:30 to prepare the bases. The release behavior of a model drug, riboflavin, from the suppositories was evaluated by means of the United States Pharmacopeia Basket Dissolution Method. When compared with the control Polybase suppository, which released 50% of the drug (t50) in about 7.23 minutes, Pluronic F68/L61 suppositories at an 80:20 weight ratio exhibited a t50 of 86.5 minutes (1.44 hours). Riboflavin release from suppositories made with Pluronic F108/L101 was even further delayed. The t50 of riboflavin from Pluronic F108/L101 suppositories at an 80:20 weight ratio, for instance, was 274.4 minutes (4.6 hours). The results of this study show that by choosing specific combinations of Pluronic polyols and weight ratios, compounding pharmacists can prepare sustained-release suppository formulations that can deliver drugs within minutes to hours. This flexibility of compounding sustained-release suppositories is beneficial, especially for the management of chronic pain in cancer patients. 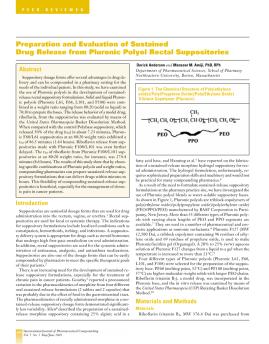 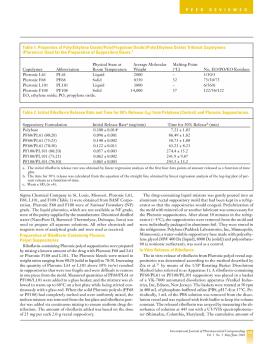 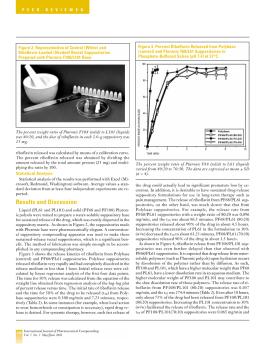 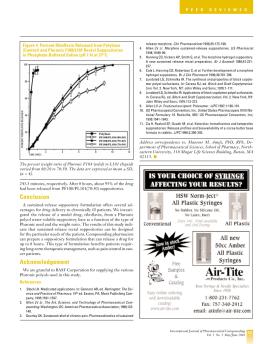