Abstract:  Numerous factors have been identified that influence the amount of calcium and phosphates that can remain in solution or will precipitate from parenteral nutrition solutions. Two of the most important such factors are the specific formulation of the amino acid source and the salt form of the calcium source. The purpose of this study was to evaluate the physical compatibility of calcium (as acetate) and potassium phosphates in Aminosyn® II-based parenteral nutrition solutions.

Five representative core parenteral nutrition formulations containing Aminosyn II 2% to 5% were evaluated. Varying amounts of calcium acetate and potassium phosphates were added to samples of the core formulations to identify the concentrations at which precipitation just began to occur. A total of five series of concentrations was tested with maxima of calcium 40 mEq/L and phosphates 40 mM/L. The samples were evaluated by visual observation with the unaided eye and by use of a Tyndall beam to accentuate the visibility of small particles and low-level turbidity. For samples not exhibiting visible particles or haze, the turbidity and particle content were measured electronically. Evaluations were performed initially during the first 15 minutes after mixing and after 48 hours of storage at 23° and 37°C. The precipitation potential of calcium and phosphates in the five representative parenteral nutrition solutions containing Aminosyn II at a variety of concentrations has been evaluated over a broad range of concentrations. The results are presented in tabular form and were used to determine the boundary between compatibility and incompatibility in each of the five core parenteral nutrition formulations. The boundary lines or compatibility curves were constructed for each of the formulations and are presented graphically. 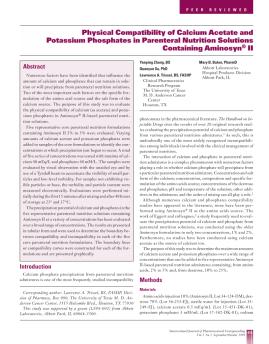 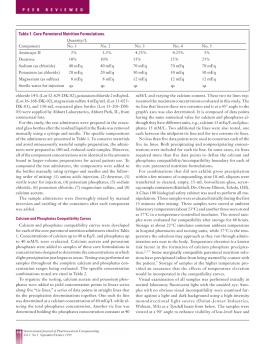 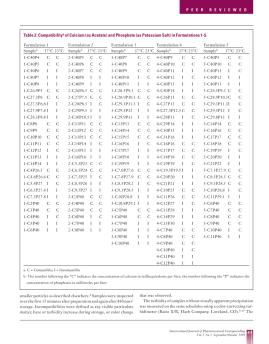 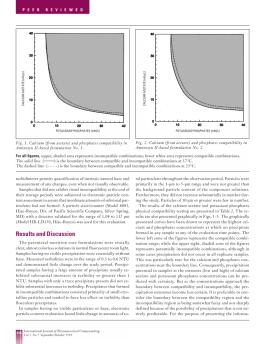 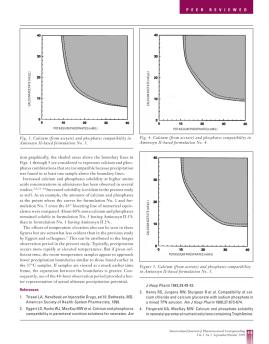 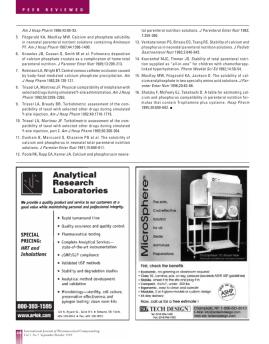