Stability of Pentobarbital Sodium After Reconstitution in 0.9% Sodium Chloride Injection and Repackaging in Glass and Polypropylene Syringes

Abstract:  The stability of pentobarbital sodium (10 mg/mL) in 0.9% sodium chloride injection and pentobarbital sodium (50 mg/mL) after repackaging in glass and polypropylene syringes has been studied at 25°C by means of a stability-indicating high-performance liquid chromatography assay method. The concentrations of the drug were directly related to peak heights, and the percent relative standard deviation based on 5 injections was 1.7. The pH value of the sample, which was prepared by diluting the injection (50 mg/mL) to 10 mg/mL with 0.9% sodium chloride injection, decreased from 9.2 to 8.2. At this pH, the free base began to crystallize out in less than 24 hours. After the undiluted commercial injection was repackaged in glass or polypropylene syringes, there was no significant loss of potency after 31 days of storage at 25°C. The pH value of the injection remained constant at 9.2. The pentobarbital sodium in injection appears to be very stable, because the loss in potency was only about 6.2% after it was boiled in water for 1.5 hours. 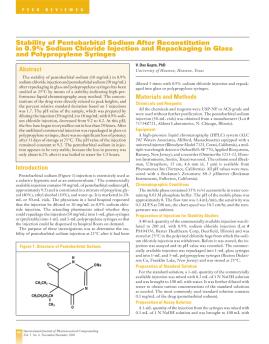 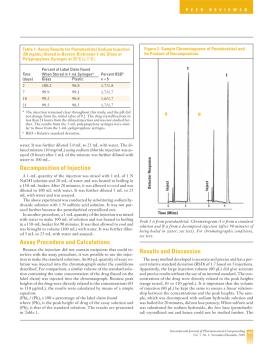 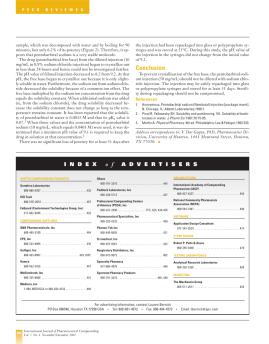