Abstract:  The Food and Drug Modernization Act of 1997 included a provision that the Food and Drug Administration (FDA) compile a list of drugs not to be compounded for humans for reasons of safety. This list came to be called the “negative list.” The list of 59 drugs was published in the Federal Register on March 8, 1999, with the intent that the list would be updated and published regularly. Although the compounding provisions in the Modernization Act were struck down in 2002, it can be argued that the list is still enforceable by the FDA, since it is included in the Compliance Policy Guidelines (CPG) of the Center for Drug Evaluation and Research (CDER). Confusingly, however, in its 2003 Report to the Nation, a different set of “safety-based withdrawals” appears. 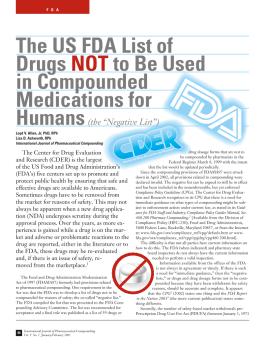 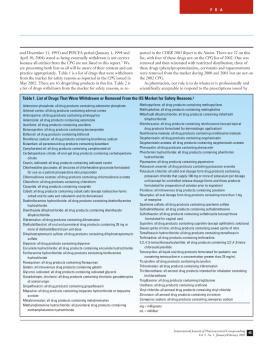 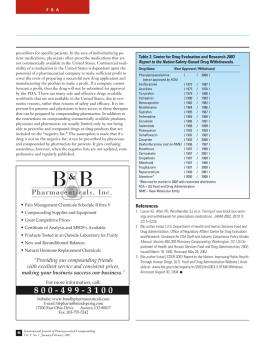