Abstract:  The purpose of this project was to determine the visual compatibility and stability of ranitidine hydrochloride in admixtures during simulated Y-site administration with six individual cephalosporins: ceftizoxime sodium, cefuzonam sodium, cefoperazone sodium, cefmenoxime hydrochloride, moxalactam disodium and flomoxef sodium.

Dilutions of ranitidine hydrochloride 1 mg (as the free base)/mL were prepared in 0.9% sodium chloride injection. Two milliliters of the ranitidine solution (1 mg/mL) was mixed with 2 mL of each cephalosporin (20 mg/mL) in 10-mL glass test tubes. Concentrations of each drug were determined by stability-indicating high-performance liquid chromatographic assay methods following zero, one, two and four hours after mixing. All six cephalosporins retained greater than 95% of their original concentrations for four hours in the admixture with ranitidine. Ranitidine retained greater than 95% of its original concentration for four hours in the admixture with four of the tested cephalosporins and approximately 90% with moxalactam and flomoxef. Solutions containing ranitidine may be coadministered with solutions of either ceftizoxime, cefuzonam, cefoperazone or cefmenoxime via Y-injection site over four hours. While the ranitidine concentration may be reduced to near 90% after four hours with moxalactam and flomoxef, the tested antibiotics were not affected in the presence of ranitidine over four hours. 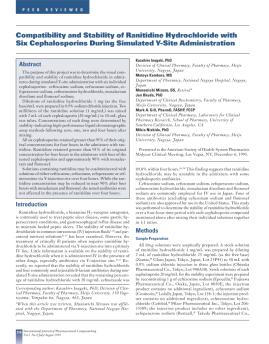 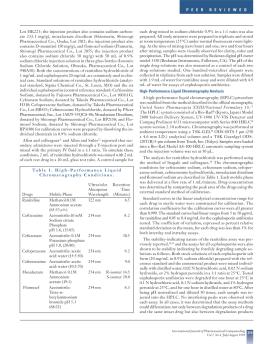 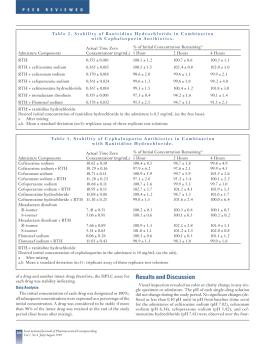 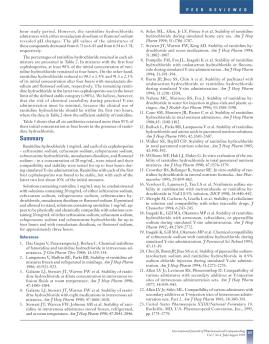