Abstract:  Beyond-use-dates for sterile preparations are divided into two categories. If a program of sterility testing is not in place, then the short beyond-use dates specified in United States Pharmacopeia Chapter <797> for the different risk levels are to be used. If a program of sterility testing is in place, then the beyond-use dates described in United States Pharmacopeia Chapter <795> for stability of various types of preparations/formulations can be used, which are somewhat longer than those in Chapter <797>. Beyond-use dates are established on the basis of chemical and physical stability aspects of a compounded preparation. If a sterility testing program is in place, then each compounded preparation is considered “sterile” and the areas of concern are chemical and physical stability. In manufacturing, not every dosage unit is tested, only a sample. Similarly, only a sample of compounded preparations is tested. A sterility testing program must be in place to demonstrate that compounding procedures are under con 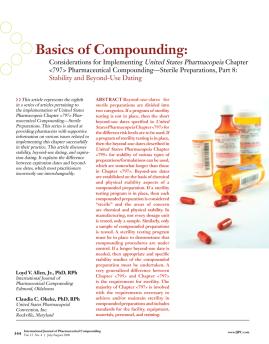 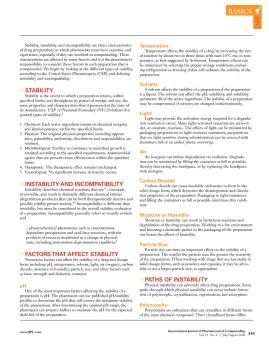 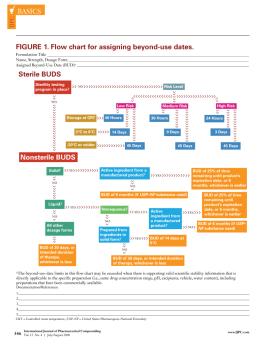 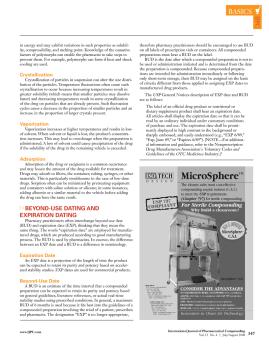 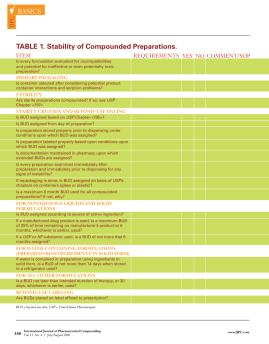 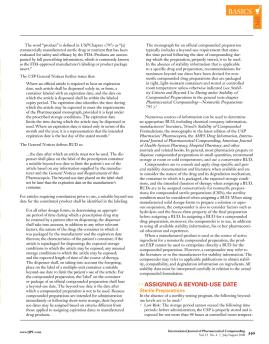 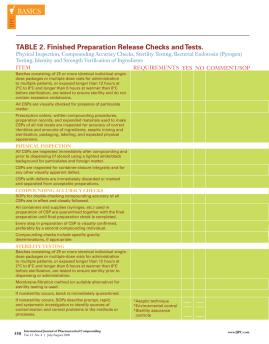 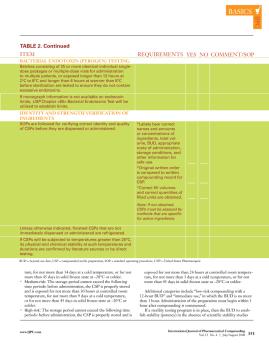 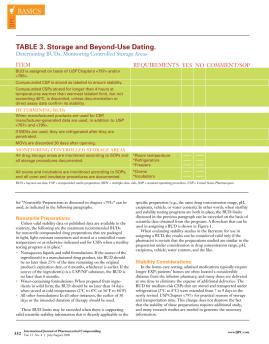 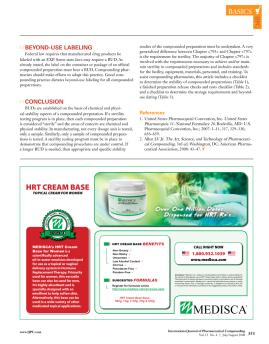