Abstract:  This article introduces endotoxins and the application of the bacterial endotoxins (pyrogen) test to test for endotoxins in a manner compliant with the United States Pharmacopeia–National Formulary Chapter <797> Pharmaceutical Compounding—Sterile Preparations, the intent of which is to prevent harm and fatality to patients which could result from microbial contamination (nonsterility), excessive bacterial endotoxins, or compounding errors. Basic information about endotoxins is supplied in this article, along with information on testing methods. The purpose of this article is to assist compounding pharmacists to develop a documented system in which the quality of the components and the compounding procedure are well controlled and testing for endotoxins becomes a formality. 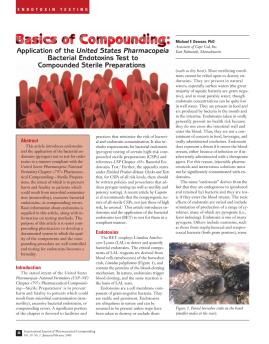 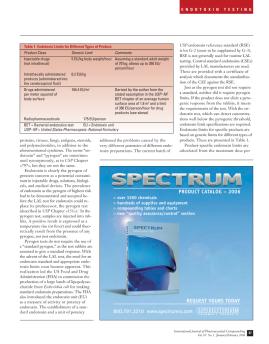 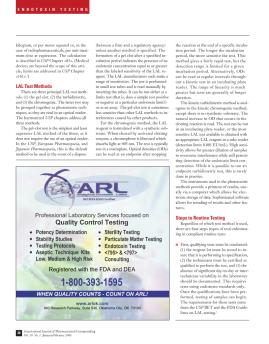 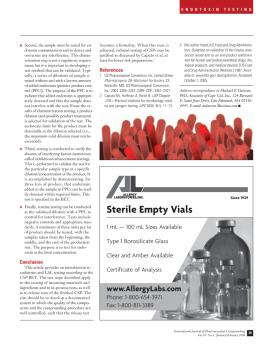