Abstract:  The physical compatibility of lansoprazole injection with selected other drugs during simulated Y-site coadministration was evaluated by means of visual observation, turbidity measurement, and particle content assessment.

Five-milliliter samples of lansoprazole 0.55 mg/mL in 0.9% sodium chloride injection were combined with 5 mL of 112 other drugs including antineoplastics, analgesics, antiinfectives, and supportive-care drugs undiluted or diluted in 0.9% sodium chloride injection or 5% dextrose injection for amphotericin B. Visual examinations were performed with the unaided eye in fluorescent light and by means of a Tyndall beam (a high-intensity, monodirectional light beam) to enhance the visualization of small particles and low-level turbidity. The turbidity of each sample was measured as well. Particle sizing and counting were performed on selected samples. Evaluation of the samples was performed initially and at 1 and 4 hours after preparation. Of the drugs tested, 92 were incompatible with lansoprazole 0.55 mg/mL in 0.9% sodium chloride injection during the 4-hour observation period. Gross precipitation or color changes visible in normal diffuse room light with the unaided eye occurred with 45 drugs. Phenomena not visible with the unaided eye, such as microprecipitation and/or increases in measured turbidity, occurred with 47 drugs. Only 20 drugs were found to be compatible for at least 4 hours. The measured turbidity of the lansoprazole control solutions and the compatible test samples remained essentially unchanged throughout the study. In addition, the compatible samples exhibited no color change or substantial change in particle size and content throughout the observation period. In combination with lansoprazole, only 20 drugs were considered to be physically compatible. Ninety-two drugs exhibited frank precipitation, microparticulate formation, color changes, or unacceptable increases of measured turbidity within 4 hours and should not be simultaneously coadministered with lansoprazole. 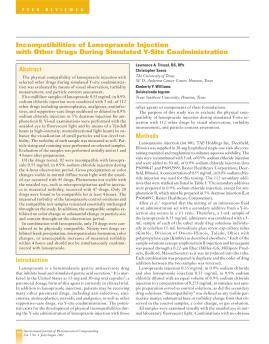 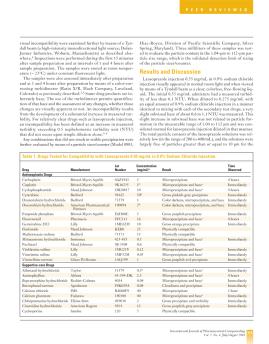 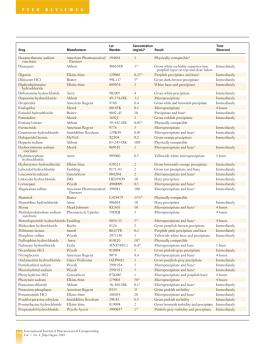 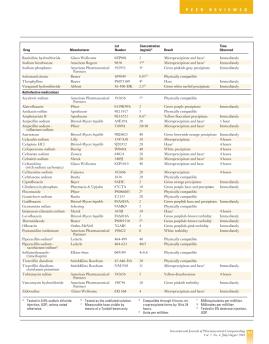 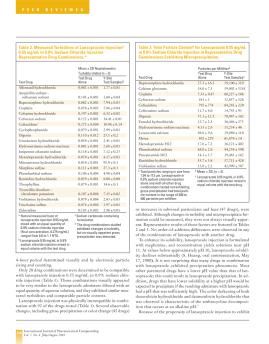 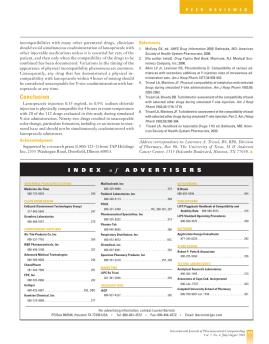