Issue:  Mar/Apr 2010 - Compounding for Men
View All Articles in Issue

Abstract:  Law enforcement and the military have long relied on canines to provide protection of the handler and others involved in combating crime. One of the extremely important uses of canines is in the detection of illegal drugs, bombs, and other explosives to protect the President of the United States, other dignitaries, and the general public. This article discusses the details on a canine that was trained to detect major illicit pharmaceuticals. The efforts of this program were made easier with the help of a compounding pharmacist who willingly assisted the Warren County Drug Task Force in the canine’s detection training by preparing and individually labeling capsules that contained pure drug. Both parties share their experiences in this important endeavor to combat the illegal distribution and transportation of prescription drugs. 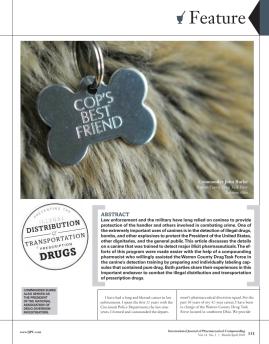 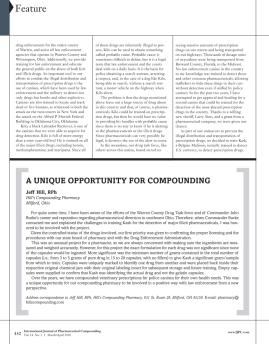 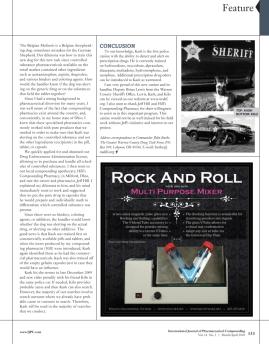