Developing an Erythromycin Ophthalmic Ointment: Putting the Puzzle Pieces Together

Abstract:  With the development of new treatment options and reported side effects with the use of silver nitrate ophthalmic solution, the drug manufacturers discontinued production of the silver nitrate ophthalmic solution in the mid 1990s. On December 9, 2009, the U.S. Food and Drug Administration announced that the erythromycin ophthalmic ointment 1-gram tubes were commercially available again and production by the manufacturer was expected to meet the historical demands. Hospitals could expect to replenish their inventory reserves after the first quarter of 2010. However, manufacturer backorders have been increasing due to a variety of factors. If a hospital has a compounding laboratory, it is possible to prepare erythromycin ophthalmic ointment according to the United States Pharmacopeia Chapter <797> standards. Since the commercial product has been available for decades without any major shortages until 2009, there isn’t any published compounding information on how to prepare the ointment. This article discusses t 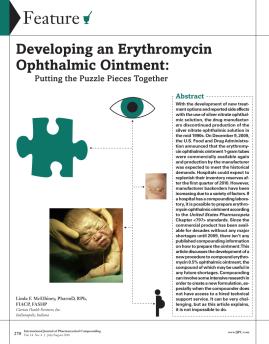 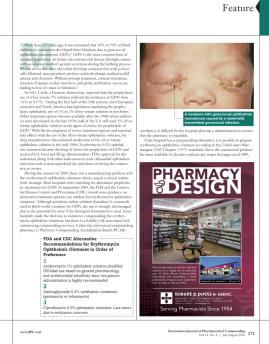 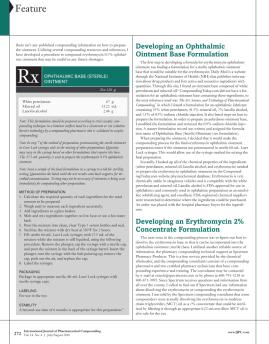 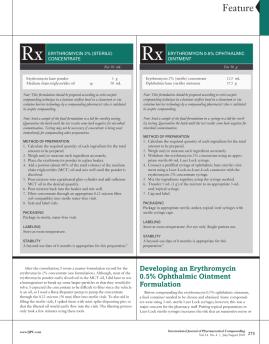 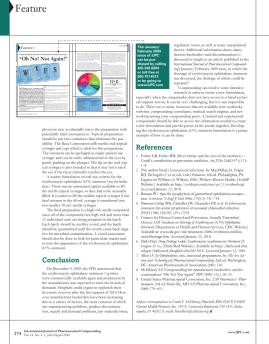