Abstract:  This discussion of American patent laws and patents summarizes developments during the Revolutionary period, the 19th century, World War I, the postwar period and World War II. The discussion then focuses on differentiating between trade secrets and the patent system and patents, trademarks and copyrights. The author discusses events that have had an impact on the development of pharmaceutical products, such as the 1962 Kefauver-Harris Amendment to the Federal Food, Drug and Cosmetic Act, which required that pharmaceutical companies provide proof to the US Food and Drug Administration that new medicines are both safe and effective. This development led to what the author terms the increasing drug lag, caused by increased regulatory oversight resulting in a longer review period before approval. He then discusses how industry concerns resulted in the 1984 passage of the Drug Price Competition and Patent Restoration Act (or Waxman-Hatch Act), as an amendment to the Federal Food, Drug and Cosmetic Act, which extended patent life while providing a streamlined system for approving generics. He indicates that the most recent changes to patents resulted from the General Agreement on Tariffs and Trade Uruguay Round in 1994, which established an international uniform standard of 20 years for patents. He concludes that the patent system provides products that help preserve and protect health, allows research and innovation and provides protection of intellectual property that helps to ensure that the expenses of discovery and testing will be recovered and that innovation and protection go hand in hand to result in further invention. 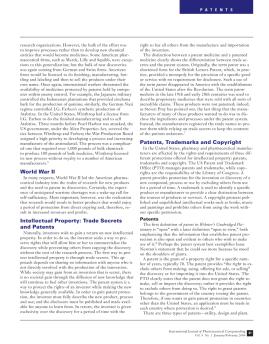 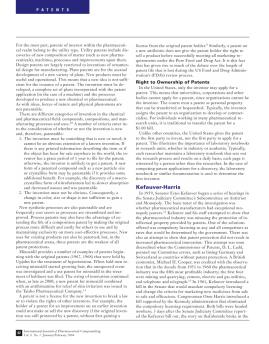 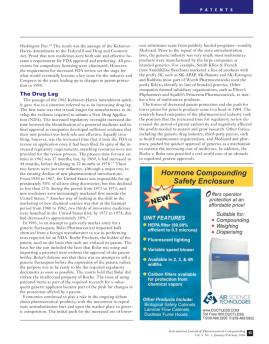 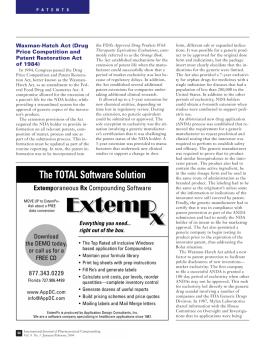 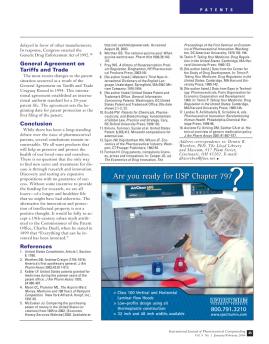