Abstract:  A study of compounding practices among Portuguese community pharmacies from 2008 to 2011 and pharmacists’ perspectives concerning compounding was conducted. The retrospective study was based on an online questionnaire developed to gather information on pharmacies characteristics, frequency, and type of compounded preparations. Additionally, difficulties, motivations, and pharmacist’s perspectives regarding compounding were assessed. Up to 1,450 Portuguese pharmacies were contacted, and 250 completed questionnaires obtained. Statistical analysis was performed using SPSS Version 21. Frequency and cross-tab analysis was used to describe data. Chi-square test was used to assess statistical significant differences between compounding and noncompounding pharmacies’ characteristics. Among all pharmacies, 75.2% reported compounding practices, although the majority prepared less than 50 preparations per year, corresponding to less than 10 different formulations. Those pharmacies’ with a higher lifetime activity, number of customers, and team members were associated to compounding practices. Dermatological preparations were the most frequently prepared formulations, followed by oral solutions, and otorhinolaryngological preparations. Dermatologists and pediatricians were the most frequent prescribers of compounded medicines. Regarding future perspectives, 51.4% of pharmacists believed that compounding will decrease. However, 79.1% indicated that they will continue to compound, and 70.7% considered that compounded prescriptions should be encouraged. Patient satisfaction (66.1%) and improvement of the pharmacy image (63.8%) were considered the main advantages of compounding services. Compounded medicines are still prepared in the community pharmacy setting to fulfill special patients’ therapeutic needs, especially following dermatologists’ and pediatricians’ prescriptions. Offering compounding services is perceived by pharmacists as an important factor for high-quality pharmacy service and patient satisfaction. 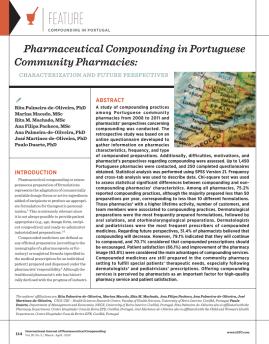 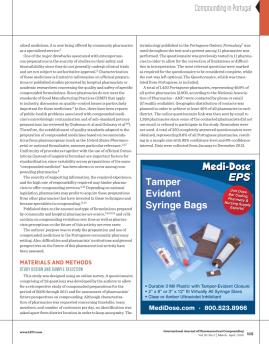 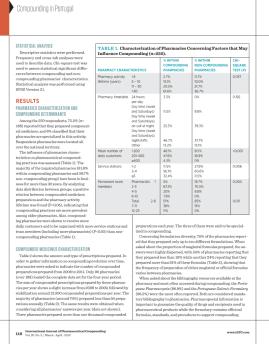 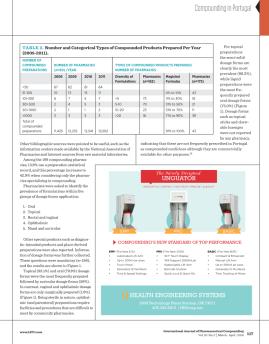 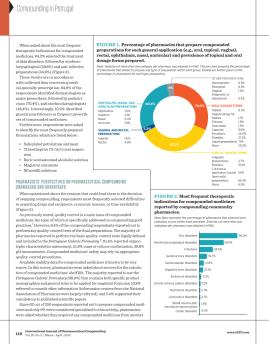 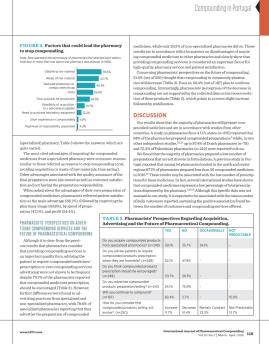 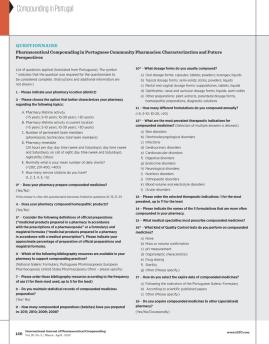 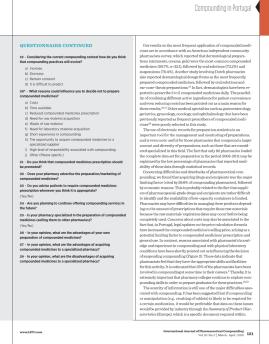 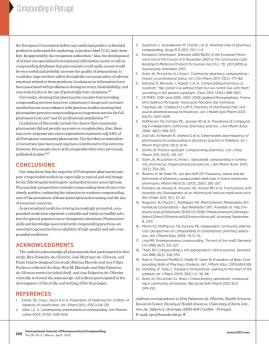