Pattern of Extemporaneous Prescriptions and Preparations in a Tertiary Health Institution: A Five-year Assessment

Abstract:  Due to the increasing rate in the demand of extemporaneous formulations, it became necessary to assess the pattern of prescription and preparation in a developing institution. The purpose of this study was to assess the pattern of extemporaneous prescription and preparation in the University of Benin Teaching Hospital, Benin City, Nigeria. Records of prescription and preparation of extemporaneous formulations were assessed retrospectively between 2007 and 2011. Fifty-nine different types of drugs were prescribed with a frequency of 6,882 times during the period. These were indicated for eight classes of systemic disease. Eighteen drugs were indicated for central nervous diseases, followed by 16 drugs for cardiovascular diseases. Of the 18 drugs indicated for central nervous diseases, pyridoxine was the most common. Rifampicin for tuberculosis was the most frequently formulated, followed by spironolactone for cardiovascular disorders. Most preparations were labeled to be used for a maximum of two weeks. They were all liquid preparations packaged in amber-colored bottles. Distilled water was the most common vehicle utilized for trituration; while ascorbic acid syrup was commonly used to bulk the solution and as a sweetening agent. None of the patients reported with any form of pharmaceutical degradation or toxicity within two weeks of expected use. There were reports of spillages due to poor handling. Maximum volume prepared was 75 mL. The study suggests an adequate setup of a quality-control unit in the institution to meet the increasing demand for specific agents. This will enhance an effective healthcare delivery among patients. 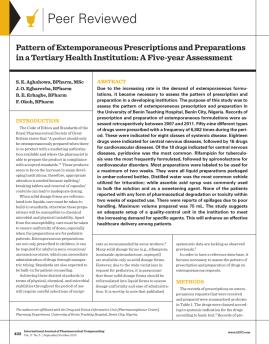 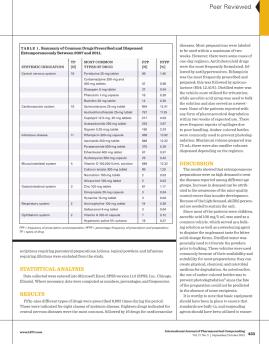 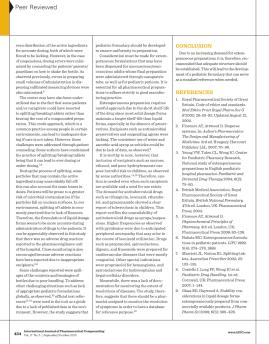 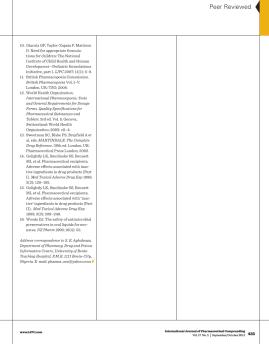