Abstract:  Trimix is a widely prescribed penile injection for patients with erectile dysfunction and is only available as a compounded medication. The instability of alprostadil, one of the major ingredients of Trimix, has been a limiting factor in its utilization. There are published stability data for Trimix formulations that have been used to establish a beyond-use-date. However, a robust bracketed study that is shown to be reproducible is highly desirable and meaningful. The purpose of this study was to test the reproducibility of a bracketed stability study when the preparations were made by two different entities to provide beyond-use date information of Trimix preparations that cover a wide range of strengths. A validated stability indicating method was used to compare the stability of a bracketed Trimix - alprostadil 5 µg/mL to 45 µg/mL, papaverine 15 mg/mL to 30 mg/mL, and phentolamine 0.4 mg/mL to 5 mg/mL, and a single-strength preparation containing alprostadil 30 µg/mL, papaverine 30 mg/mL, and phentolamine 2 mg/mL that were compounded and stored following the same methods and conditions, but at two different practice settings. Beyond-use dates of 60 days and 64 days at cold temperature were obtained for the two preparations from two different settings. The consistent results confirmed the reproducibility of the bracketing designs used to determine the beyond-use dates of Trimix. The clinical value of these results stems from the availability of accurate and widely applicable stability data that can be referenced to establish beyond use dates of a number of Trimix preparations with various strength combinations. 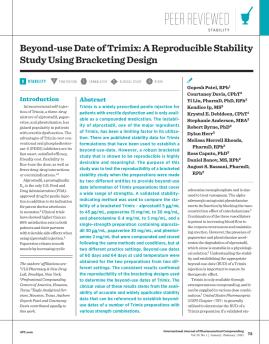 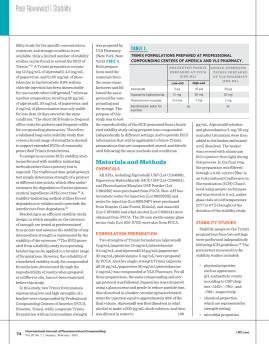 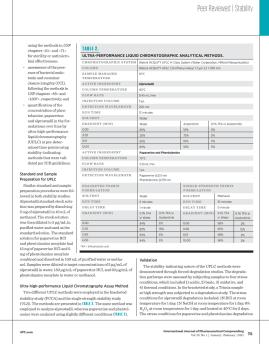 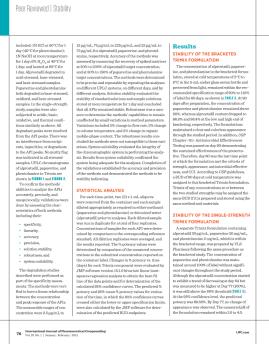 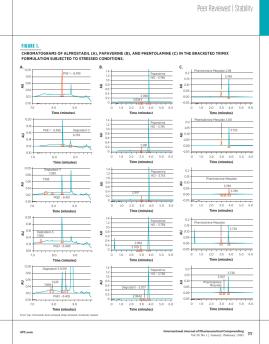 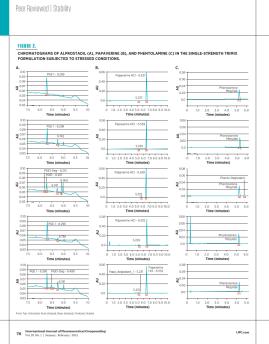 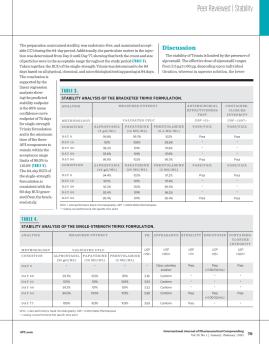 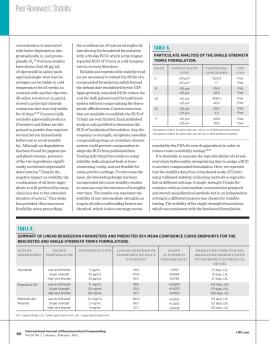 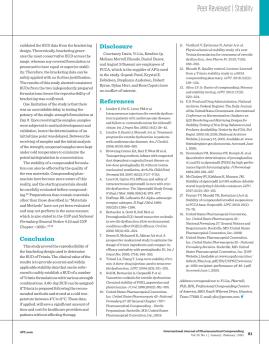