Abstract:  The objective of this study was to evaluate the physical compatibility of micafungin injection with selected other drugs during simulated Y-site co-administration. Physical stability was assessed by both visual observation and turbidity measurement. Micafungin in 0.9% sodium chloride injection was combined with each of 48 other drugs, including antineoplastics, analgesics, anti-infectives, and supportive care drugs undiluted or diluted in 0.9% sodium chloride injection, and with a parenteral nutrition admixture. Visual examinations were performed with the unaided eye in fluorescent light and by using a Tyndall beam, and the turbidity of each sample was measured. The samples were evaluated immediately after mixing and again 1 and 4 hours after preparation. Twenty nine of the drugs tested were found to be compatible for at least 4 hours. The measured turbidity of the micafungin control solutions and the compatible test samples remained essentially unchanged throughout the study. The other 19 drugs exhibited fra 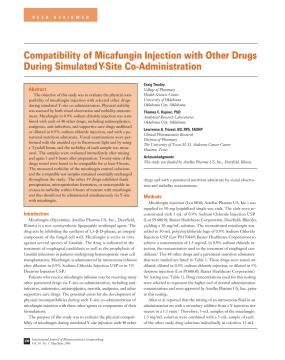 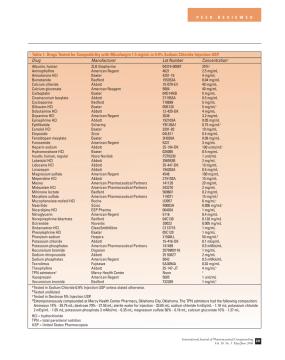 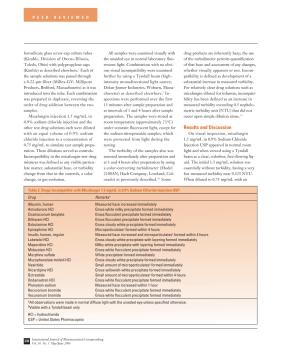 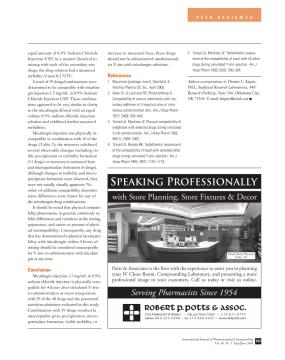