Physical Assessments of Lipid Injectable Emulsions via Microscopy: A Comparison to Methods Proposed in the United States Pharmacopeia Chapter <729>

Abstract:  In confirming the stability of lipid injectable emulsions, the United States Pharmacopeia has recently recommended that light scattering be used to determine the mean droplet size (i.e., fineness of the dispersion), and light obscuration or light extinction be used to quantify the extent of the large-diameter tail (i.e., coarseness of the dispersion). In confirming the results obtained by these two methods, the usefulness of a third method, differential interference contrast microscopy using an oil immersion technique was investigated. The physical stabilities of 95 different formulations made from 20% w/v lipid emulsions were evaluated by all three methods. A wide spectrum of globule-size distributions was investigated, measured by light obscuration and expressed as the volumeweighted percent of fat greater than 5 micrometers (PFAT5) from very fine (0.001%) to very coarse (0.596%) formulations. The responses obtained by the light scattering method did not reflect the values for the large-diameter tail (i.e., coalescence) seen with the less stable emulsions, whereas these differences were detectable using the differential interference contrast microscopy technique. It was concluded that differential interference contrast microscopy provides complementary data about the physical stability of lipid injectable emulsions and can be applied as a confirmatory evaluation to the methods proposed in United States Pharmacopeia Chapter <729>. 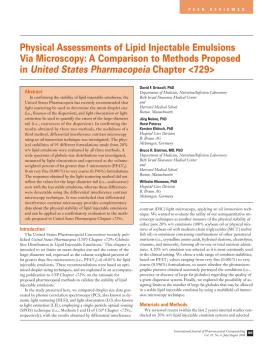 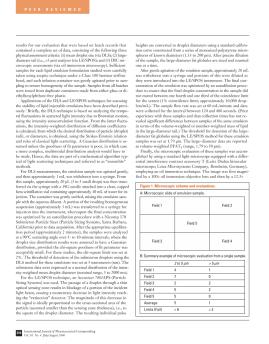 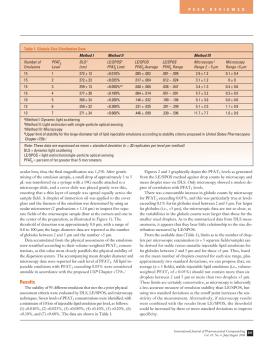 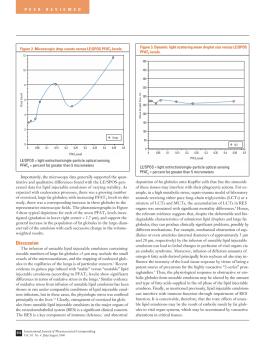 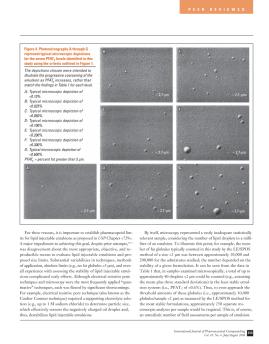 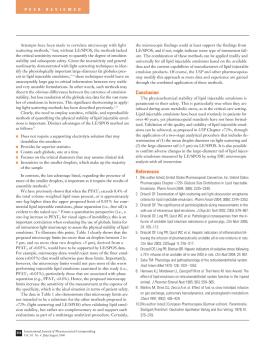 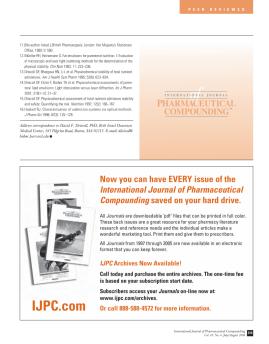