Abstract:  Reprinted with permission from The International Journal of Dermatology Background The coincidence of climacteric symptoms and the beginning of skin aging suggests that estrogen deficiency may be a common and important factor in the perimenopausal woman. Often hormones have been considered important in endogenous aging of the skin, but their role has not been clearly defined. Therefore, we investigated whether topical treatment of the skin with estrogen could reverse some of the changes in the aging skin. Materials and Methods The effects of 0.01% estradiol and 0.3% estriol compounds were compared in 59 preclimacteric women with skin-aging symptoms. Monthly determinations of estradiol, follicle-stimulating hormone (FSH), and prolactin were done and the monthly clinical monitoring was supplemented by measurements of skin hydration by corneometry and profilometry. In ten patients, skin biopsies were taken for immunohistochemical determination of collagen types I and III. Results After treatment for six months, elasticity and firmness of the skin had markedly improved and the wrinkle depth and pore sizes had decreased by 61% to 100% in both groups. Furthermore, skin moisture had increased and the measurement of wrinkles, using skin profilometry, revealed significant, or even highly significant, decreases of wrinkle depth in the estradiol and the estriol groups, respectively. On immunohistochemistry, significant increases of Type III collagen labeling were combined with increased numbers of collagen fibers at the end of the treatment period. As to hormone levels, only those of prolactin had increased significantly and no systemic hormonal side effects were noted. Conclusions Both estrogen compounds were found to be highly effective in preventing or treating skin aging in perimenopausal women, clinically, by measurement data, and by an increase in collagen Type III. Int J Dermatol 1996; 35:669-674. 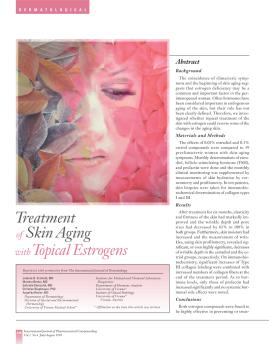 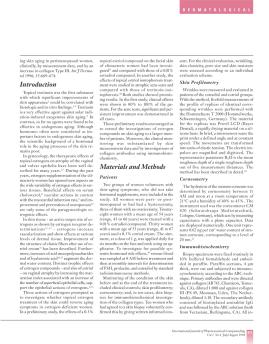 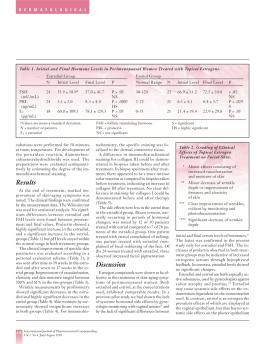 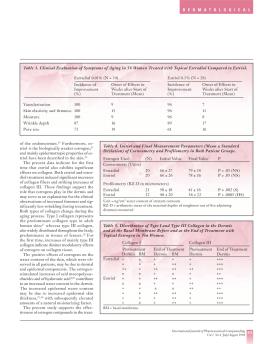 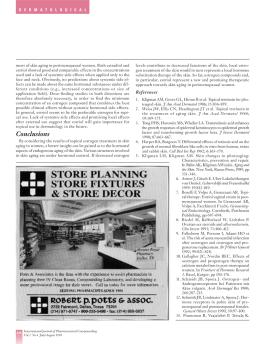 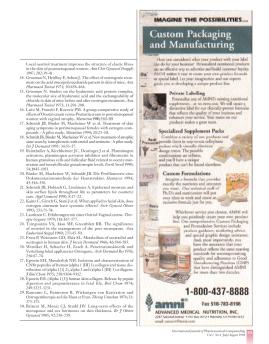