Abstract:  The stability of allopurinol as an extemporaneous suspension compounded from tablets was studied. The allopurinol suspension (20 mg/mL) was prepared by incorporating pulverized 300-mg allopurinol tablets into the suspending vehicle containing sodium carboxymethylcellulose and magnesium aluminum silicate (Veegum® ). Lycasin (a syrup vehicle that is 75% maltilol) was added to this mixture. Appropriate antioxidants, preservatives, sweeteners and flavoring agents also were used. Samples of the suspension were stored in amber-colored glass bottles at 50°, 60°, 70° and 80°C. At various times during the 97-day study period, the concentration of allopurinol in each sample was determined by a stability-indicating high performance liquid chromatography assay procedure. At the same time, samples were inspected visually for signs of caking or settling and evaluated for redispersibility and pourability. The aqueous solubility of allopurinol as a function of temperature also was studied. It was found that the aqueous solubility of allopurinol increased with an increase in the temperature. 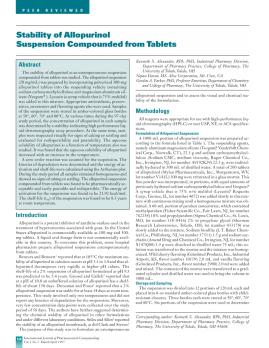 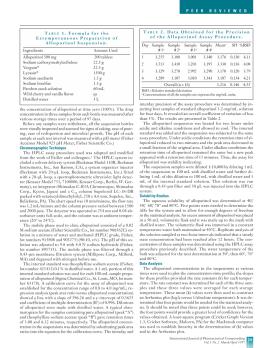 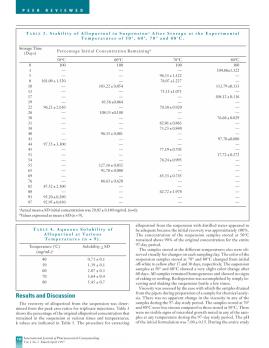 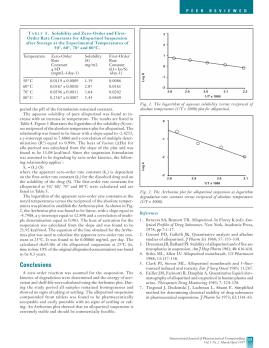