Abstract:  Pain is extremely common in the U.S. It is estimated that 116 million Americans suffer from chronic pain. Narcotics and opioid medications are heavily relied upon for the treatment of pain. Currently, there is an epidemic of opioid abuse and misuse in the U.S. and alternative methods for the treatment of pain are required. Topical compounded pain creams are thought to be one such alternative. The purpose of this study was to establish a baseline regarding the beliefs of community physicians on the safety and efficacy of these compounds. A survey was sent to practicing physicians in the U.S. regarding their prescribing behaviors for topical compounds, as well as their beliefs about the efficacy and safety of these medications. Eleven prescribing practitioners participated in this survey with a response rate of 78%. The results were compiled with basic statistical work (Excel). This survey demonstrated that at the time of the study, topical compound creams for the treatment of pain were commonly used in clinical practice; these creams were used for musculoskeletal pain and for neuropathic pain. It was also determined that the vast majority of practicing prescribers felt that compounded pain creams were more efficacious than mass-produced, U.S. Food and Drug Administration-approved creams marketed by large multi-national pharmaceutical companies. Most of the respondents felt that these compounds allowed them to reduce their narcotic prescriptions overall. In addition, the results demonstrated that the prescribers felt these compounds were safe for their patients. In this small survey of practicing prescribing providers regarding the use of topical compounds, we found that these medications were not only effective but also safe. 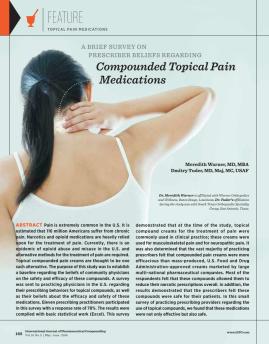 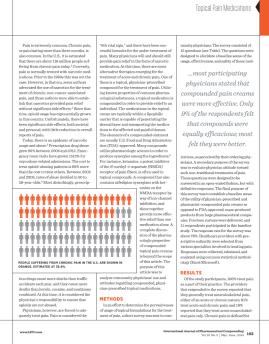 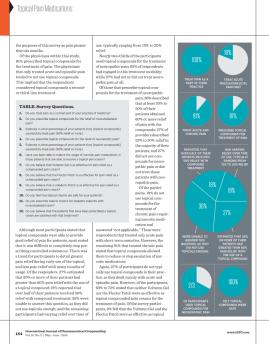 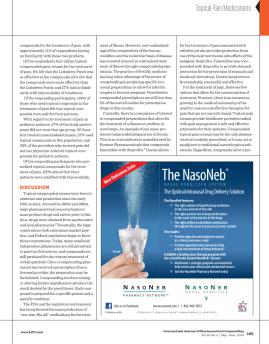 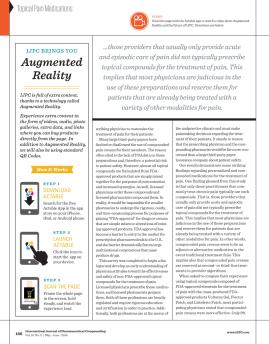 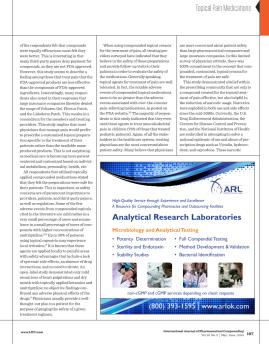 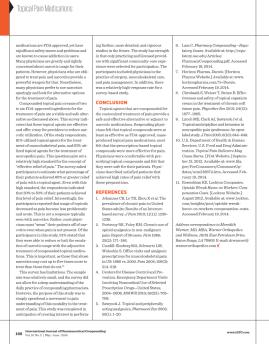