Abstract:  Ampicillin is reported to be stable for only 8 hours in 0.9% sodium chloride with concentrations up to 30 g/L. The purpose of this study was to evaluate if the stability of ampicillin in 0.9% sodium chloride could be extended by adding sodium phosphate for injection using modern highperformance liquid chromatographic methods. Ampicillin was prepared at concentrations of 12 g/L with and without 10 mM sodium phosphate for injection. Stability was assessed under room temperature using a validated, stability- indicating high-performance liquid chromatography assay. The admixtures with added buffer were studied under refrigerated storage as well. Ampicillin 12 g in 1 L normal saline intravenous bags, without buffer addition, was stable for at least 24 hours when stored at room temperature. The time to 90% potency (T90) ranged from 32.0 hours to 41.7 hours. The addition of 10 mM sodium phosphate buffer extended the stability to at least 48 hours with a T90 of 57.6 hours. Ampicillin 12 g/L stored under refrigeration was stable for at least 72 hours. Considering cumulative loss during refrigerated storage and subsequent use at room temperature, the data supports up to 48 hours storage under refrigeration and then up to 24 hours during use at room temperature. Using a stabilityindicating high-performance liquid chromatographic assay, ampicillin 12 g/L in 0.9% sodium chloride is stable for at least 24 hours at room temperature. The addition of 10 mM sodium phosphate for injection extends the stability to at least 48 hours at room temperature. 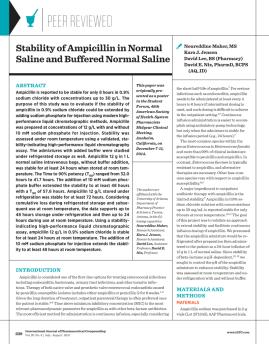 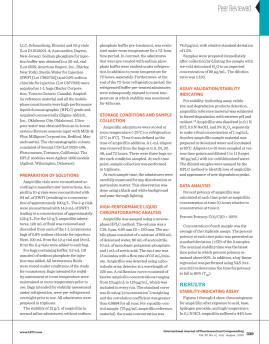 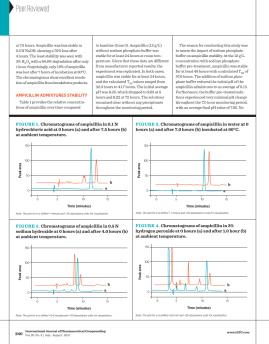 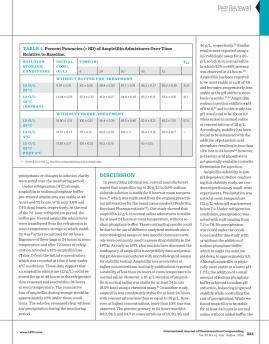 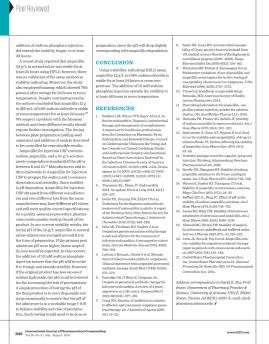