Stability of Two Concentrations of Tiagabine in an Extemporaneously Compounded Suspension

Abstract:  The short-term stability of two different concentrations of extemporaneously compounded tiagabine suspensions was studied. Six bottles each of 6-mg/mL and 2-mg/mL suspensions were compounded using commercially available 16-mg tiagabine tablets in a 1:1 mixture of Ora-Sweet and Ora-Plus. For each concentration, three bottles were stored in the dark in a stability chamber at 23 to 25°C, and three were stored in the dark in a refrigerator at 3 to 5°C, for 61 days. The stability of tiagabine in each of the concentrations and environmental conditions was determined after preparation and at 7, 14, 28, 42 and 61 days by means of a high-performance liquid chromatographic method, which involved a reversephase column, a gradient mobile phase containing acetonitrile and aqueous phosphoric acid at a flow rate of 2.75 mL/minute. Detection was carried out by an ultraviolet spectrophotometer at 254 nm. The drug tiagabine, the internal standard (propylparaben) and degradant eluted at 8.4, 8.6 and 9.9 minutes, respectively. The high-performance liquid chromatrographic validation involved limit of detection, limit of quantitation, accuracy and precision and interday and intraday variation. There was no appearance of degradation products in either concentration at any time. The suspensions stored at 23 to 25°C became slightly discolored after day 30, turning slightly gray from blue. However, this change could not be attributed to tiagabine degradation. The refrigerated suspensions were found to be stable (retention of 90% potency) up to 40 days. The 6-mg/mL suspensions were stable up to the study period of 61 days; however, the 2-mg/mL suspension at 3 to 5°C showed a potency of 87.7% on day 61 of the study. 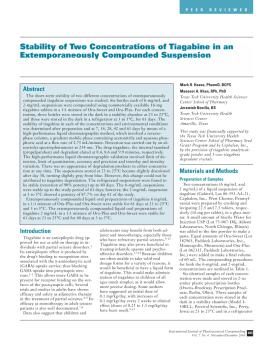 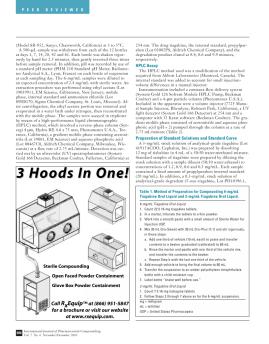 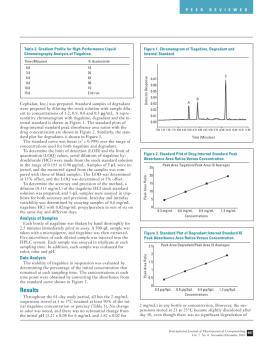 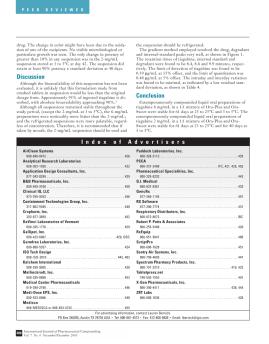 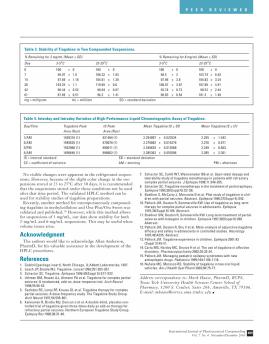