Stability of Memantine in an Extemporaneously Prepared Oral Liquid

Abstract:  Memantine, a N-methyl-D-aspartate receptor antagonist, was recently approved by the United States Food and Drug Administration for the palliative treatment of moderate to severe Alzheimer’s disease. Its suggested mechanism of action in the treatment of Alzheimer’s disease is binding to N-methyl-D-aspartate receptors, which results in inhibition of glutamate activity. Glutamate has been reported to contribute to the pathogenesis of Alzheimer’s disease by overstimulating the N-methyl-D-aspartate receptors, resulting in brain cell damage. The stability of memantine in an extemporaneously prepared oral liquid was studied. An aqueous liquid formulation was prepared by reconstituting memantine powder from triturated tablets with deionized water. The expected memantine concentration was 0.166 mg/mL. The memantine liquid was transferred into two glass prescription bottles; one was stored at room temperature (25°C), and the other in the refrigerator (2°C). Aliquots from each bottle were analyzed in quadruplicate on days 0, 1, 2, 3, 4, 7, 14, and 28 by using a gas chromatograph-mass spectrometer. The results of this study indicate that the extemporaneously prepared memantine oral liquid was stable for up to 7 days at room temperature and up to 28 days in the refrigerator. 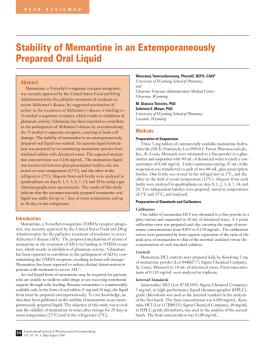 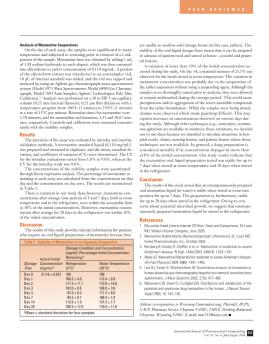 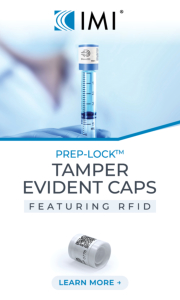