Abstract:  The purpose of this study was to formulate a 25-mg atenolol capsule starting from a commercial 100-mg atenolol tablet, given the fact that this strength is not available in Palestine and also because 50-mg atenolol tablets failed the splitting uniformity test of the European Pharmacopoeia, and to evaluate the chemical stability and dissolution behavior of the obtained capsules so as to ensure a high-quality product. A high-performance liquid chromatographic system was used for the analysis and quantification of atenolol in the samples studied. Samples of atenolol for analysis were prepared as reported by the United States Pharmacopeia monograph. Disintegration and dissolution tests were performed according to the United States Pharmacopeia. The high-performance liquid chromatography assay indicated that the 25-mg atenolol capsules were stable for four months when stored at ambient temperature conditions. The disintegration time for all atenolol capsules was within the United States Pharmacopeia limits of 15 minutes. Atenolol release profile showed that approximately 90% of atenolol dissolved after 10 minutes. This study is important for patients who need to take one half of a 50-mg tablet, but for whom the splitting process doesn’t give equal halves, and also for modifying the dose for patients with renal or hepatic problems. Therefore, it is possible for the community pharmacist to crush atenolol 100-mg tablets and refill them in new capsules with each containing a precise amount of atenolol, calculated according to body surface area and kidney and liver functions without affecting the chemical stability of the active ingredient nor its dissolution profile and also have a cost effective dosage form. 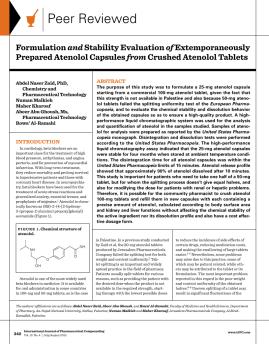 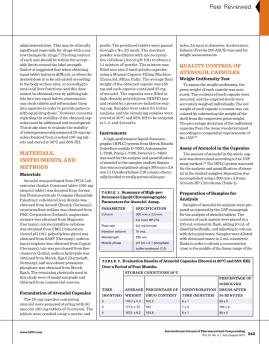 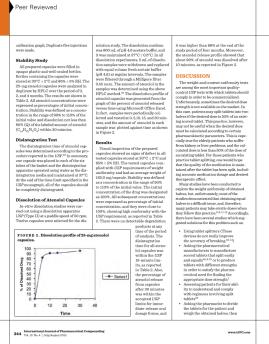 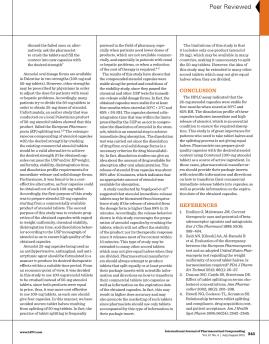 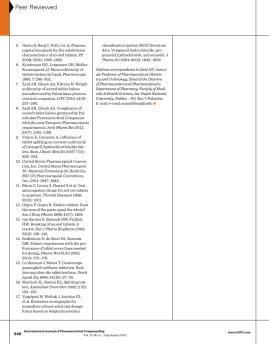