Xylitol in the Prevention of Otitis Media

Issue:  May/Jun 2000 - Compounding for the Ear, Nose and Throat
View All Articles in Issue

Abstract:  Recurrent otitis media is a common problem for infants and young children. In this article, the author discusses symptoms, antibiotic prophylaxis, xylitol and recent clinical trials of xylitol. Tables provide data on the incidence of acute otitis media and suggested formulas for Xylitol 40% Syrup and Xylitol Troches. The author concludes that xylitol has been proven effective for prevention of otitis media and should be implemented as part of therapy for children affected chronically by this disorder. Gastrointestinal complaints associated with xylitol are minor compared to side effects such as rash, diarrhea and oral candidiasis, which can occur with the chronic use of antibiotics. Overall, xylitol should be used as prophylaxis in children who suffer from chronic otitis media. 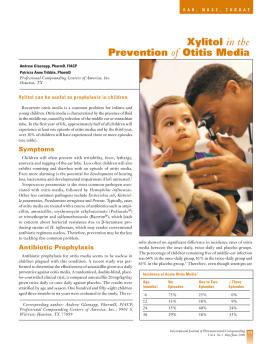 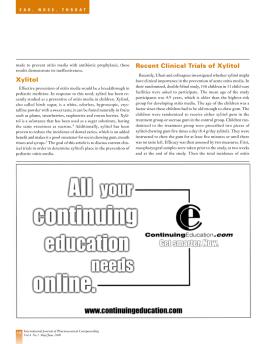 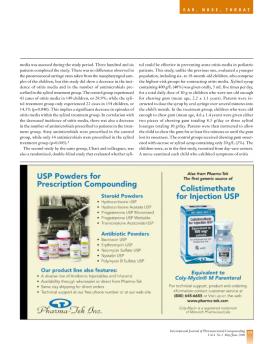 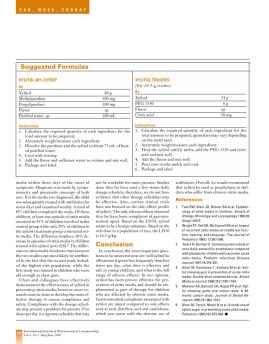