Issue:  Mar/Apr 2005 - Health and Wellness
View All Articles in Issue

Abstract:  The in vitro performance of extemporaneously compounded morphine sulfate and oxycodone hydrochloride slow-release capsules was evaluated. Capsules containing varying amounts of morphine sulfate (15, 60, 200 mg) or oxycodone hydrochloride (10, 80, 200 mg) were prepared and provided by a local pharmacy. The capsules also contained 40% Methocel E4M Premium to slow the release of their active ingredient and sufficient lactose to fill the capsules. Three batches of each capsule strength were prepared, and replicates from each batch were evaluated using United States Pharmacopeia dissolution apparatus II. Samples were taken at regular time intervals over 24 hours. After 1 hour the pH of the dissolution medium was adjusted from 1.2 to 4.0, and after 2 hours the pH was adjusted to 6.8. The amount of drug released at each time point was determined spectrophotometrically. The compounded capsules released 14% to 23%, 67% to 85% and 93% to 98% of their active ingredient after 0.5, 4 and 12 hours, respectively. The relative standard deviations between the replicates from each batch were less than 10% for most time points. The percent of drug released over the first 4 hours was linear (r2=0.9409-0.9999) when plotted versus time1/2, indicating adherence to the simplified Higuchi model. Statistical analysis of the Higuchi dissolution constants indicated a significant difference (P<0.05) between batch No. 3 and the other two batches of 200-mg oxycodone hydrochloride capsule. There was also a statistical difference between most of the Higuchi dissolution constants for the different-strength slow-release capsules and between most slow-release capsules and equivalent strength controlled-release manufactured tablets (P< 0.05). Using 40% Methocel E4M Premium slowed the release of morphine sulfate and oxycodone hydrochloride from extemporaneously compounded capsules. The in vitro performance of the slow-release capsules showed little intrabatch variation, and only one preparation showed statistically significant interbatch variation, indicating reproducible and robust formulations. Even though changing the quantity of the formulation ingredients altered the release characteristics of the slow-release capsules, which also varied from that of equivalent-strength controlled-release tablets, their release profiles were similar. Further testing is needed to determine whether these differences are clinically significant. 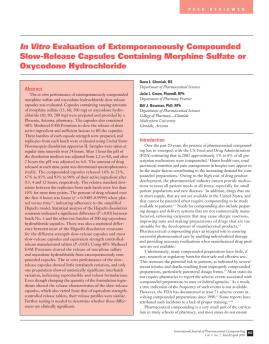 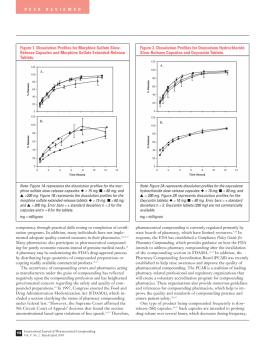 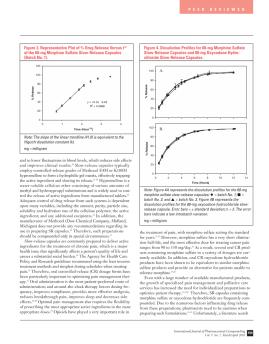 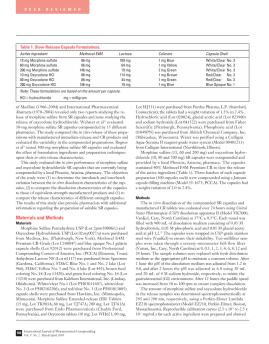 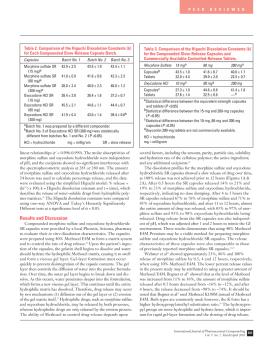 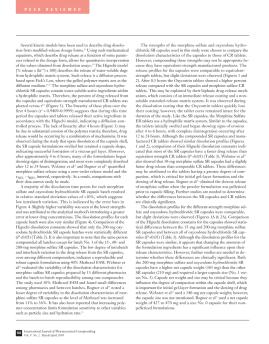 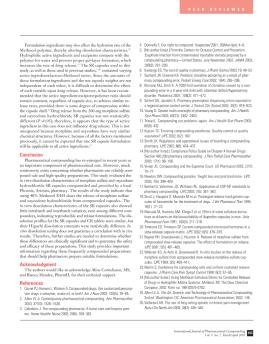 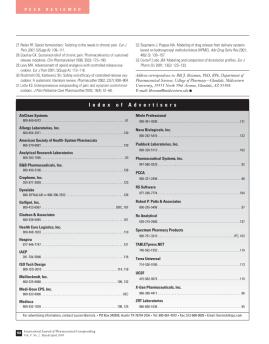