Release of Morphine Sulfate from Compounded Slow-Release Capsules: The Effect of Formulation on Release

Abstract:  Morphine sulfate is often used to treat severe pain. Pharmacists have been requested to compound morphine sulfate sustained- release capsules in dosages that are not available commercially. However, there has been considerable controversy about the advisability of that practice. This study determined the release of six formulations of 300 mg morphine sulfate sustained- release capsules by means of a United States Pharmacopeia (USP) type III dissolution apparatus. The formulation suggested by a reputable compounding consulting company released almost half the morphine in the first hour of a timerelease test and did not adequately sustain the release of the remainder. With increases in the level of hydroxypropyl methylcellulose (Methocel), the release was prolonged and the amount of drug released during the first hour was reduced. One formulation of encapsulated compressed pellets showed that the release could be sustained significantly beyond that of the original formulation. In addition, the increased agitation that occurs in the gastrointestinal tract when the medication is taken after a meal reduced the period of sustained release and slightly increased the amount of morphine released during the first hour after administration. In conclusion, the original formula of morphine sulfate sustained-release capsules (Formula A) is probably not adequate for most applications. The formulations with a greater percentage of Methocel are preferred. In addition, the pelleted formulation was superior; however, it may not be feasible to use this labor-intensive approach to compound capsules. 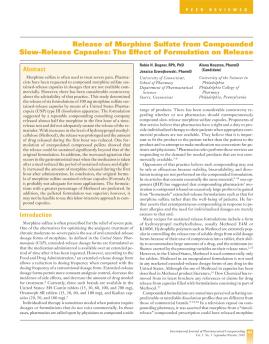 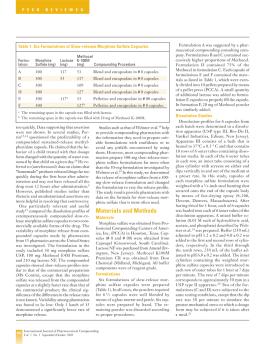 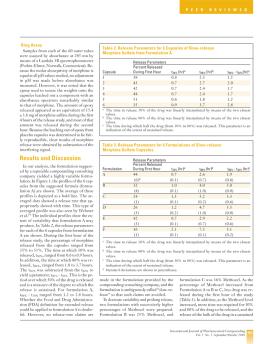 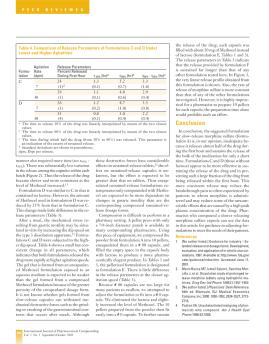 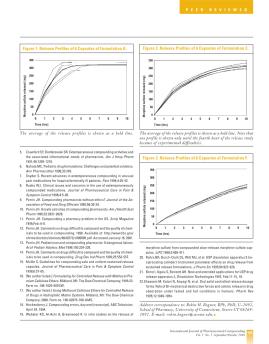