Abstract:  The purpose of this study was to formulate extemporaneously compounded Liothyronine Sodium (T3) slow-release capsules and to evaluate their in vitro drug release performance. Twenty-one formulations containing T3 (7.5 µg) with various compositions of two different grades of Methocel E4M and K100M premium (30% to 90%), and/or SimpleCap/Lactose (10% to 70%) were examined. Quality assessment of the capsules was conducted by standard quality control criteria of the United States Pharmacopeia (i.e., weight variation, content uniformity) to ensure their compliance. The dissolution release profile of the formulations was evaluated using United States Pharmacopeia Apparatus type II (paddle method) at a speed of 50 rpm and temperature of 37°C in phosphate buffered saline media ( pH = 7.2 to 7.4). Aliquots from the media were taken periodically up to 24 hours and analyzed using a validated enzyme-linked immunosorbent assay method. The cumulative percentage of drug release for each formulation was fitted to eleven major release kinetic equations to determine the best-fit model of drug release, as well as the mechanism of release. Assay sensitivity was as low as 1 ng/mL and the optimal calibration range was found to be between 0 ng/mL and 7.5 ng/mL, which corresponded well with the average physiological plasma concentrations of T3. Liothyronine sodium with either SimpleCap (100%) or Methocel E4M (100%) exhibited slowrelease kinetic patterns of Peppas and Zero Order, respectively. The formulation with SimpleCap (100%) had a higher percentage of drug release (as compared to 100% Methocel E4M) within the first four hours; this formulation released 80% of the drug within 12 hours when the release was plateaued thereafter. The formulation with 30% Methocel E4M and 70% SimpleCap released 100% of the drug within the initial 12 hours and exhibited a Zero Order slow-release kinetic pattern. In general, the release kinetic rate of the formulations containing Methocel K100M appeared to be slower than Methocel E4M. This alteration may be due to a higher molecular weight and apparent viscosity of Methocel K100M. While most of the formulations were fitted to a slow-release kinetic pattern, several others including Methocel E4M 100%, 30% Methocel E4M+ 70% Simple Cap, 40% Methocel K100M+ 60% SimpleCap, 50% Methocel K100M+ 50% SimpleCap, 30% Methocel E4M+ 70% Lactose, 90% Methocel E4M+ 10% Lactose, 40% Methocel K100M+ 60% Lactose, and 50% Methocel K100M+ 50% Lactose followed an ideal slow-release kinetic pattern of Zero Order or Higuchi. The results of this study successfully demonstrated the optiomal composition of slow-release compounded capsules of T3. Future studies are warranted to evaluate the in vivo performance of the optimal formulations and to establish an in vitro-in vivo correlation. 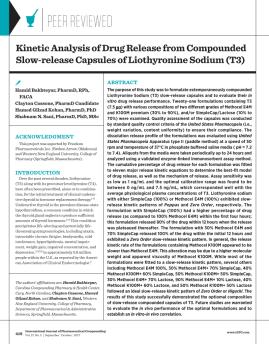 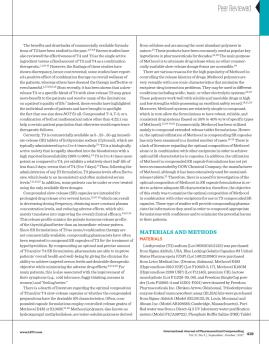 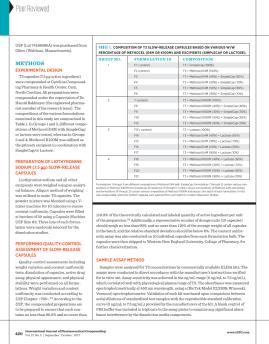 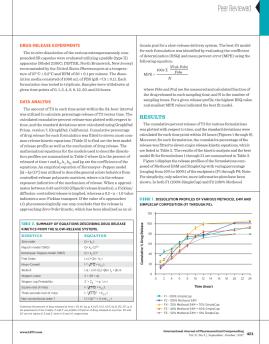 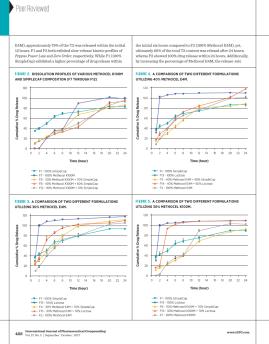 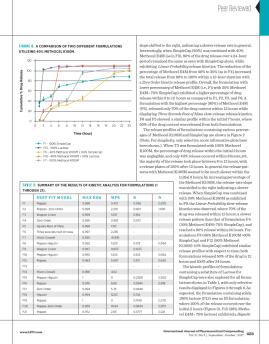 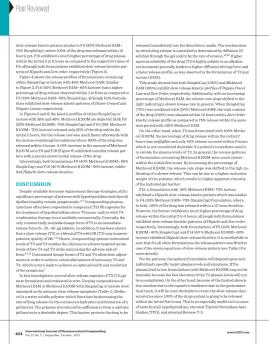 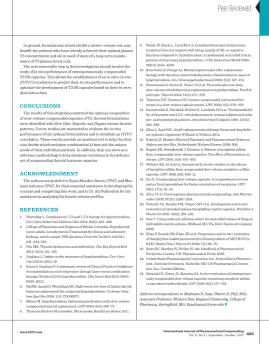