Abstract:  The cacao tree, which produces cocoa beans, exists in nature as different varieties in limited geographical zones around the world. The cocoa butter which is extracted from these different geographical regions contains various percent compositions of fatty acids, namely varied ratios of palmitic, stearic, oleic, and linoleic acids. The composition of the fatty acids contributes to the density of the cocoa butter which varies from source to source. The density of cocoa butter is a key factor in calculating the weight of cocoa butter required for making suppositories. There are three methods used to determine the amount of base needed in preparing suppositories. These methods will be described and a new method proposed. The density of the cocoa butter is found to vary from 0.86 to 0.94, or as given in the United States Pharmacopeia–National Formulary, an average value of 0.9. Every source would have a different density, and this value should be used for suppository base calculations. These density factors for various drugs can be estimated by a new empirical method proposed which uses the densities and percentages of the individual fatty acid components to determine the density of the cocoa butter. This in turn will give us a true displacement factor of the base by the drug. 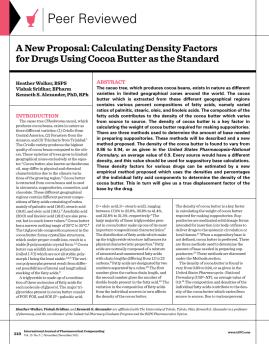 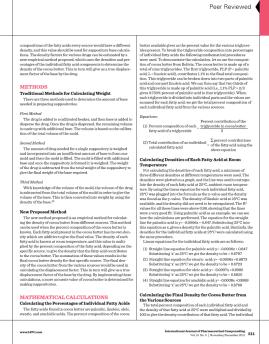 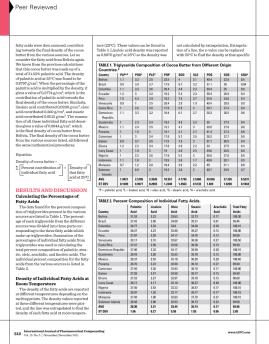 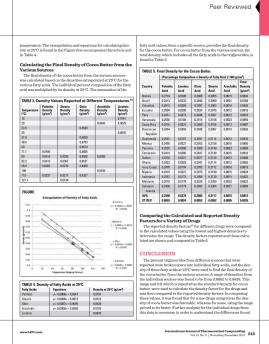 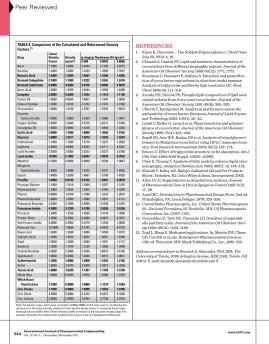