Abstract:  Suboxone films are U.S. Food and Drug Administration approved to treat opioid dependence. While the package insert states that films should not be cut, physicians often prescribe film fractions for treatment and tapering. There is no data to support this practice, and this study was initiated to evaluate cutting methods, content uniformity, and stability of split films. Suboxone 8-mg buprenorphine/2-mg naloxone films were split using four methods: 1) ruler/razor cut, 2) scissor cut, 3) fold/rip, and 4) fold/scissor cut. United States Pharmacopeia Chapter <905> was used to evaluate the weight variation and content uniformity of split films. The stability of split films stored in polybags was evaluated over 7 days. A stability-indicating high-performance liquid chromatography method was used for content uniformity and stability evaluation. The weight variation results were acceptable for the half films from all four cutting methods, but this was not true for the quarter films. The method of ruler/razor cut was determined most favorable and used for the content uniformity test. Based on the high-performance liquid chromatography results, the half films from the ruler/razor cut method met the passing criteria of United States Pharmacopeia Chapter <905> with acceptance values of 9.8 to 10.4 for buprenorphine and 8.4 to 11.5 for naloxone (=15 is considered passing). The stability results indicated that both actives retained >97.7% of initial strength. Four cutting methods were found to be acceptable for splitting Suboxone films into half but not quarter fractions. The half films from the ruler/razor cut method also passed United States Pharmacopeia Chapter <905> content uniformity test. Both actives remained stable for 7 days when the half films were stored in polybags at room temperature. 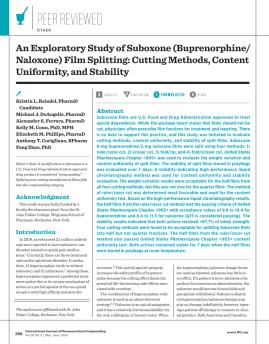 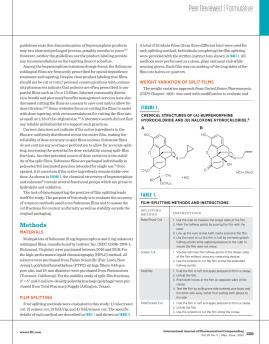 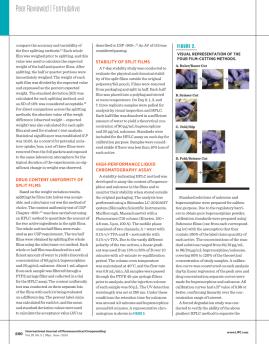 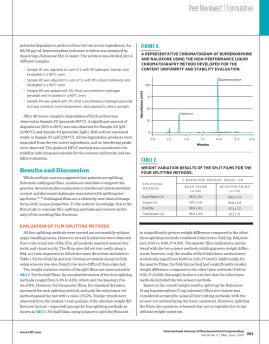 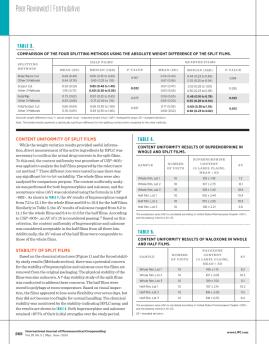 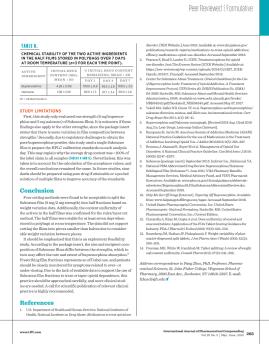