Abstract:  Recently, there has been an increase in the use of compounded topical pain preparations, raising concerns that clinicians and patients may not be aware of the potential safety risks. Topical diclofenac is one of the most widely used pain medications, often used for joint ailments such as osteoarthritis and other musculoskeletal pain. Systemic exposure to diclofenac has a dose-related risk for gastrointestinal, cardiovascular, and renal adverse events, particularly in elderly patients. Topical diclofenac preparations are frequently compounded in pharmacies at the concentrations of 1% to 10% (or higher) with or without other active ingredients such as camphor. Considering the significantly higher strengths of the compounded preparations as compared to the commercially available products (1% to 3%) and the frequency of application (sometimes up to six times a day), concerns arise as to the levels of absorption with these formulations and their potential toxicity. The objective of this initial study was formulated in an attempt to shed light on safety concerns of topical diclofenac preparations. A study was designed to evaluate the in vitro release, irritability, and permeability of three different concentrations of compounded diclofenac gels (1%, 5%, and 10%) in PLO GEL MEDIFLO and VersaPro Gel bases. Using MatTek’s EpiDerm system, skin irritability and the in vitro permeation of compounded diclofenac gels were evaluated. Additionally, the in vitro release profile, drug content, content uniformity, and physical properties of the compounded gels (pH, homogeneity) were assessed. In all cases, the drug content, content uniformity, physical properties, and preparation stability during the recommended beyond-use dating (90 days) were acceptable. The release profiles of all tested preparations followed the Higuchi model. The in vitro skin irritation evaluation of the tested formulations indicated no irritant preparation. The permeability assessment of the formulated gels revealed that there is a correlation between drug release and percutaneous absorption. VersaPro Gelbased preparations, which showed a lower percentage of drug release over the experiment time, showed a significantly lower average flux at steady-state and the average percentage of absorbed dose after 24 hours. The percentage absorption (%abs) from different formulations ranged from 11.18% to 19.6% depending on the gel base. The permeability coefficient, kp, (cm/hr) ranged from 0.019 to 0.037, and the average flux (µg/cm2/hr) ranged from 8.7 to 103 depending on the gel base and the diclofenac concentration. Based on our findings and previously reported data, the possibility exists that higher diclofenac concentrations in compounded topical preparations may lead to significantly higher blood concentrations as compared to commercially available products, which in turn may also lead to serious side effects. Accordingly, there is a need for clinical studies to evaluate the safety of compounded diclofenac preparations with higher diclofenac contents than United States Food and Drug Administrationapproved formulations. 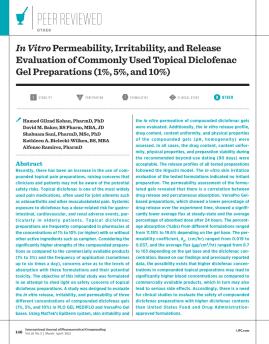 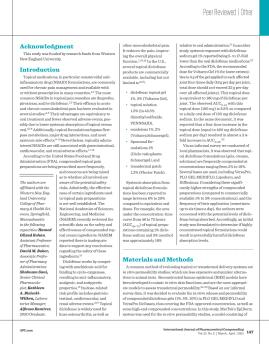 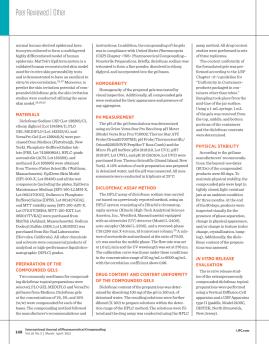 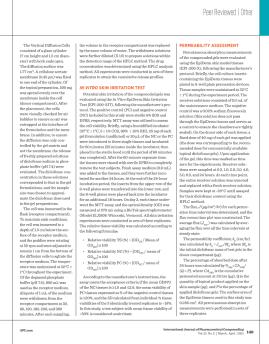 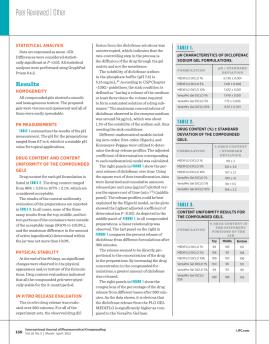 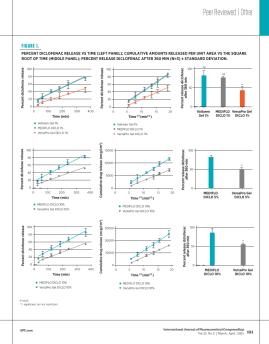 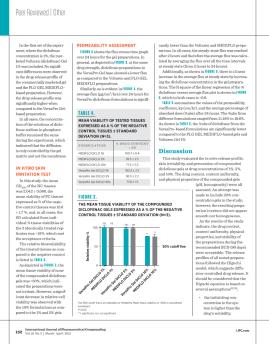 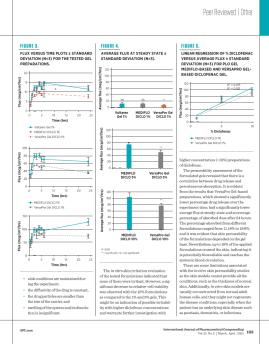 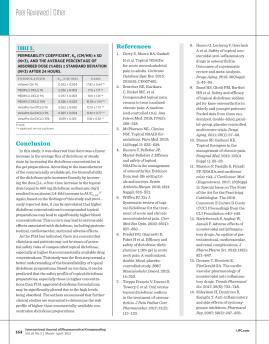 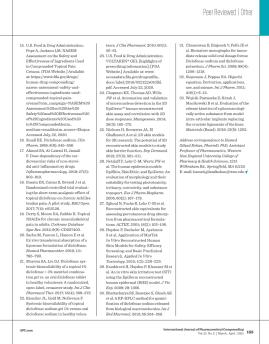