Abstract:  Compounding of both sterile and nonsterile preparations must be accomplished in laboratory facilities that meet or exceed the standards set forth by the United States Pharmacopeia. Although educational institutions that teach courses in compounding sterile and nonsterile preparations ideally should include these standards in their curriculum and meet these standards, many of the existing laboratories in colleges of pharmacy were constructed before United States Pharmacopeia Chapter <797> was initiated. Some colleges of pharmacy that were dedicated strictly to instruction on nonsterile preparations are attempting to achieve the primary objectives of United States Pharmacopeia Chapter <797> by adapting their laboratories into an environment that meets standards for sterile preparations. In many cases, such renovations are being performed with limited funding. The University of Texas at Austin College of Pharmacy has conducted such a renovation; its goals and future plans, as well as the obstacles and costs of the construction, are presented here. Although the university had no available space for installation of a facility compliant with United States Pharmacopeia Chapter <797>, it was able to provide an environment that would temporarily accommodate both sterile and nonsterile compounding until such time as the facility can be made more compliant. 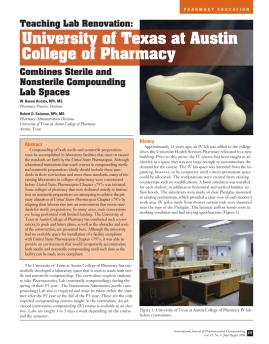 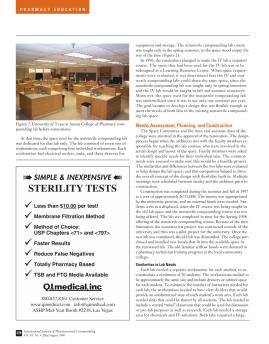 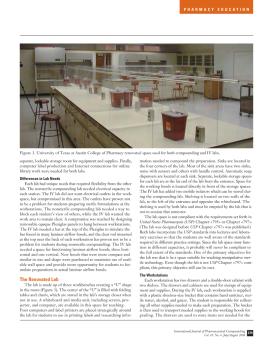 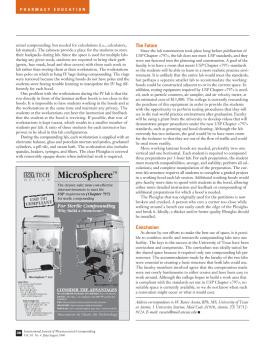