Abstract:  The popularity of ferrets as pets has increased since the 1980s and will probably continue to do so. Although many people are well informed about the characteristics of pet ferrets, most compounding pharmacists are unfamiliar with the needs of this increasing population of pets and pet owners. To address that need, we distributed a survey about ferret health and medications to approximately 20 ferret owners in Canada, Mexico, and 13 of the United States, as well as to a veterinarian who was suggested by the American Ferret Association (AFA). During a 2-week period, results were returned from respondents via the US Postal Service and the Internet. In addition, we interviewed the veterinarian to whom we were referred about medications, flavors, and dosage forms most appropriate for ferrets. Survey results from the owners of more than 172 ferrets in the United States, Mexico, and Canada indicated that pharmacists have a significant role in dispensing 37% of all medications for ferrets. 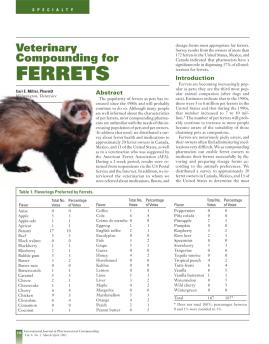 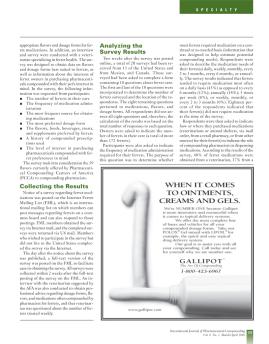 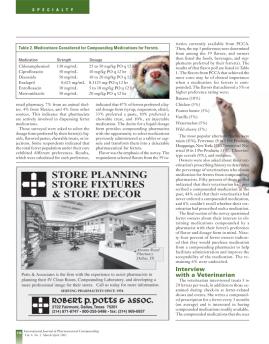 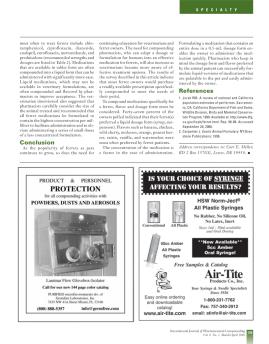