To Flavor or Not to Flavor Extemporaneous Omeprazole Liquid

Abstract:  Omeprazole is a proton pump inhibitor used to treat the symptoms of gastro esophageal reflux disease, ulcers, excess stomach acid, infection with Helicobacter pylori, and to control the gastric side effects of various drugs. The approved dosage forms in the U.S. are powder in compounding kits, delayed-release granules for oral suspension, oral delayed-release tablets, and oral delayed-release capsules. An extemporaneously compounded unsweetened oral liquid method, published in the International Journal of Pharmaceutical Compounding, was found to be commonly used by pharmacists. This project investigated the robustness of the compendium omeprazole high-performance liquid chromatographic assay in evaluating an oral liquid made from commercial delayed-release pellets, the potency of extemporaneously compounded solutions having a 1.125% v/v flavored versus unflavored samples stored at controlled cold temperatures at different time points, and examining the absorption spectrum of the flavoring agent. As part of the study, stability-indication testing was also conducted. The studies indicate that the chromatographic area under the plasma concentration-time curve of both study groups remained over 90% of the label claim during the follow-up period. The flavor did not significantly impact the pH of the oral liquid. This study further identified (1) an increase in resilient foam formation in the flavored liquid, potentially hindering dosing accuracy, (2) omeprazole is oxidized easily by 3% hydrogen peroxide, and (3) flavoring agent absorbs in an ultraviolet visible spectroscopy spectral range often used in assay detectors for quantification of drug molecules, and could interfere with assay protocols of the same. 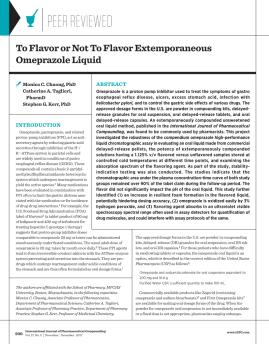 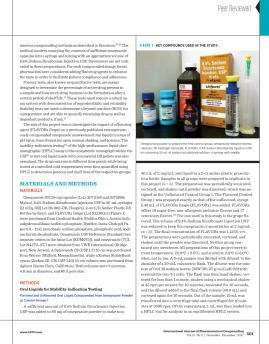 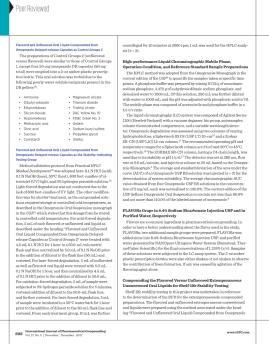 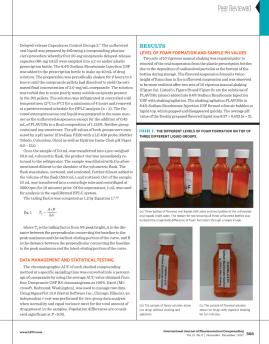 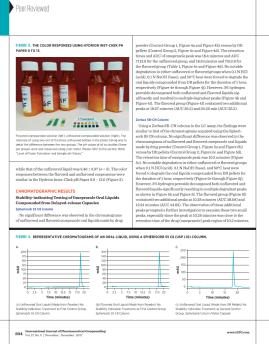 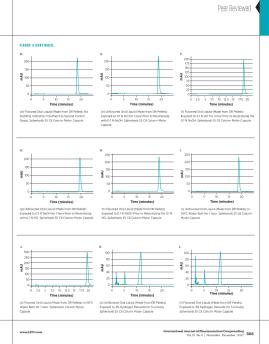 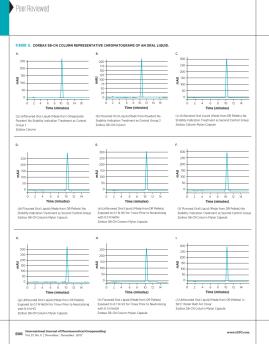 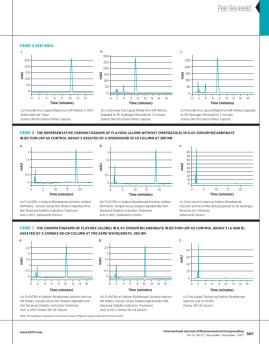 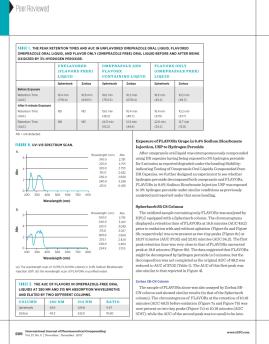 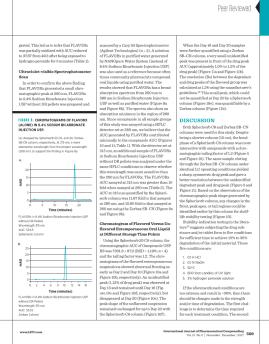 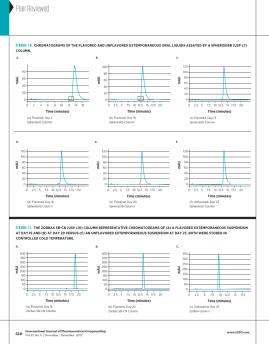 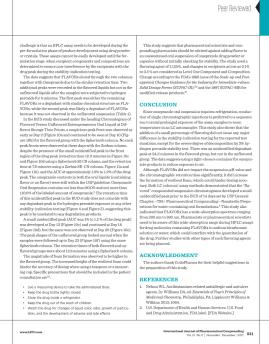 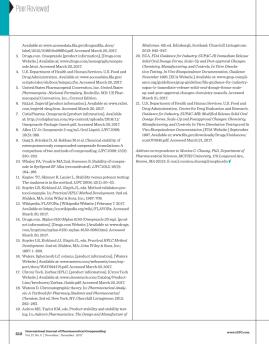