Physical and Chemical Stability of Pharmaceutical Preparation of Bumetanide and Scopolamine

Abstract:  Death rattle, which could often be associated with a pulmonary fluid overload, occurs in 25% to 90% of dying patients. The co-administration of scopolamine (anticholinergic drug) and bumetanide (loop diuretic) could be considered in order to avoid unnecessary fluid overload at end-stage of life. The objective of this study was to investigate the physical and chemical stabilities of the admixture bumetanide and scopolamine in order to prepare them in advance by a centralized intravenous additive service in-hospital pharmacy. The stability of the lowest (LOW) concentration was evaluated on five polypropylene syringes containing the admixture bumetanide (Burinex, 2 mg/4 mL) and scopolamine (0.25 mg/mL) at 41.67 µg/mL and 5.21 µg/mL. The highest (HIGH) concentration with 125 µg/mL of bumetanide and 31.25 µg/mL of scopolamine was evaluated on five polypropylene syringes. All syringes were stored for 18 days at 5°C ± 3°C. Periodic samples were visually and microscopically examined to observe any particle appearance or color change. The pH and absorbance at 3 wavelengths (350 nm, 410 nm, and 550 nm) were monitored. The concentrations were measured by ultra-high performance liquid chromatography–photodiode array detection, using a newly developed method. During the 18 days of test, there was no change in color or appearance of opacity, turbidity, or precipitation, and the pH remained stable. Mean concentrations of bumetanide and scopolamine at LOW and HIGH concentrations after 18 days remained statistically unchanged. The lower limits of the 95% confidence intervals of both molecules at LOW and HIGH concentrations remained higher than a 90% threshold of concentration, indicating the mixture was chemically stable. Degradation rates of bumetanide and scopolamine content at LOW and HIGH concentrations should not exceed a maximum of 0.70% every 10 days. This study was the first to show that the admixture of bumetanide and scopolamine is physically and chemically stable at two concentrations used in a palliative-care unit. This combination available in ready-to-use polypropylene syringes presents numerous advantages for patient’s comfort and safety. 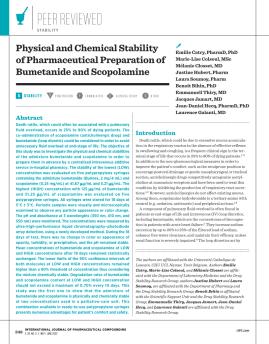 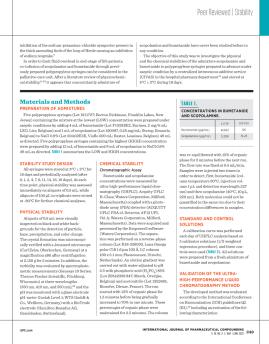 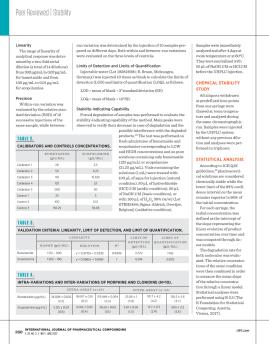 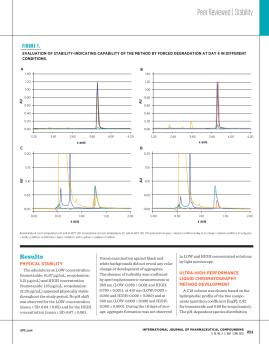 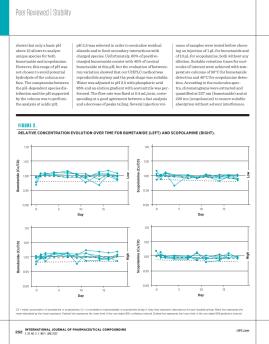 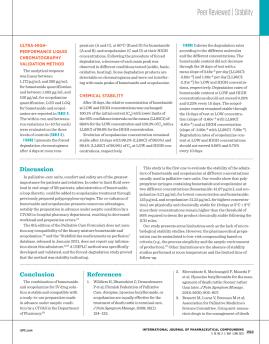 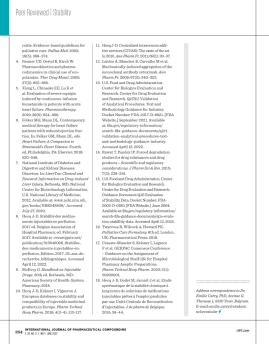