Abstract:  During ongoing quality improvement efforts with two Wyeth parenteral products, Protonix and Zosyn, we noted that dosing solutions prepared from the products yielded inconsistent results on the United States Pharmacopeia Chapter <788> test for subvisible particulates. This manuscript discusses variables that have a direct impact on intravenous products meeting compendial monograph specifications under conditions that are encountered in the clinical setting. The rubber stoppers of vials used for parenteral products, different parts of commercial admixture bags, and the tubing of the administration sets and devices contain residual amounts of metal ions, plasticizers, and other additives incorporated for specific functions. The transition metal ions, including zinc and copper, may leach into drug products during manufacture and during storage of dosing admixture bags prepared for infusion in hospital pharmacies or clinics. The metal ions may compromise the quality of the infusion admixture through catalytic drug degradation and/or generation of undesirable metal ion complexes, which may convert soluble drug molecules into insoluble particulates. To preserve the quality of the drug product, it is essential that metal ion leachables be controlled proactively during manufacture of the drug product; knowledge of metal ion contents in the commercial diluents used for reconstitution, admixture preparation, and flushing of the administration lines is also critical. 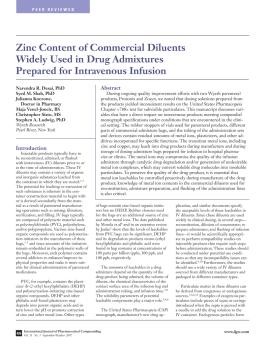 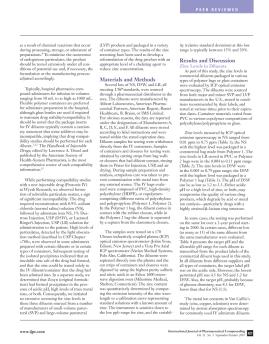 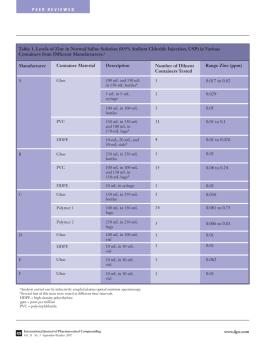 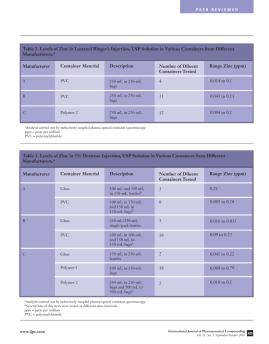 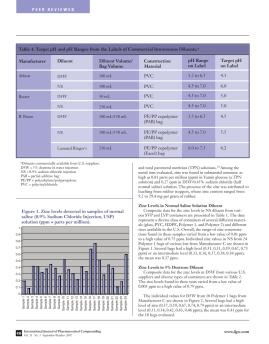 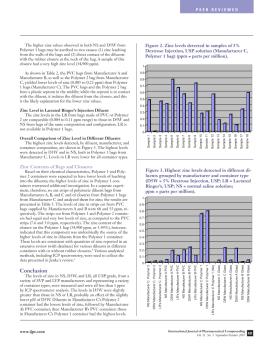 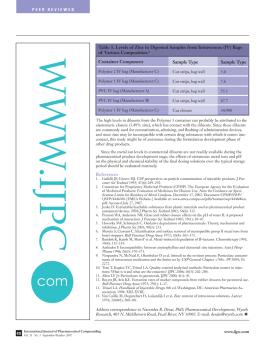