Abstract:  Transdermal acetaminophen in Pluronic lecithin organogel (APAP-PLO) has been anecdotally reported as beneficial when used in cancer patients in the hospice setting. However, there is currently no published information regarding the stability of APAP-PLO. The objective of this study was to identify an appropriate formulation of APAP-PLO and to evaluate the stability of that formulation in order to determine an appropriate beyond-use date. APAP-PLO 50% was prepared by a local compounding pharmacy and analyzed at 0, 7, 14, 28, 45, 60, 90, and 180 days using a stability-indicating high-performance liquid chromatographic method. The mean concentrations and standard deviations were determined for each time point. Physical stability was also assessed by visual observation at each time point. The beyond-use date was determined as the time period that the samples maintained at least 90 percent of the initial concentration. At 180 days, the APAP-PLO was physically stable as noted by visual observation, and the concentration was 102 ± 4.8 percent of initial concentration indicating that a beyond-use date of 180 days would be appropriate for this formulation. 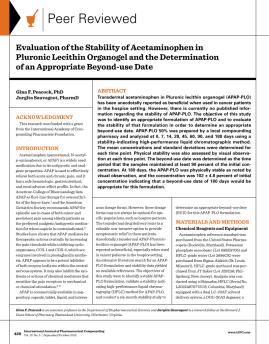 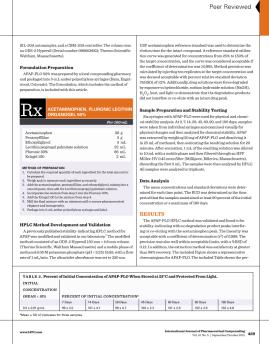 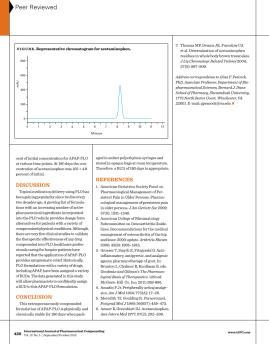