Abstract:  The preparation of solutions often requires more than one solvent in the vehicle. When an additional solvent is added to a primary solvent, this additional solvent is called a “cosolvent.” Cosolvents must be carefully selected to be compatible with the other ingredients in the formulation, to be nontoxic, and to be safe for the patient. One method of approximating the cosolvent and its concentration to be used involves the consideration of the dielectric constant. Although not exact, it can be helpful and is relatively simple to calculate. Altering the dielectric constant of the total formulation can alter the ingredients solubility, compatibility, and stability. Therefore, it must be thought out prior to compounding the final preparation. Common cosolvents used in compounding and manufacturing are presented along with the dielectric constant of some commonly used cosolvents. 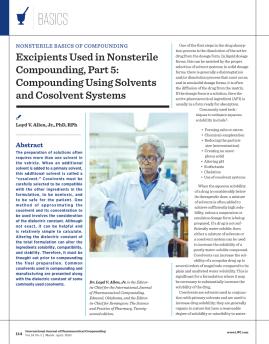 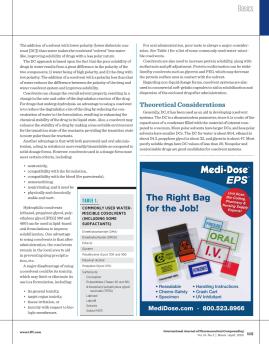 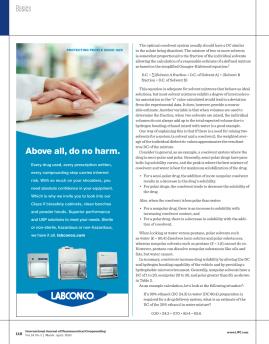 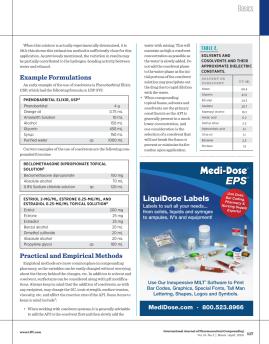 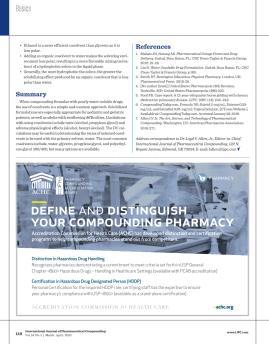