Abstract:  Venlafaxine is a novel antidepressant that works by inhibiting the reuptake of serotonin and norepinephrine. The objectives of this study were to reformulate a venlafaxine extended-release suspension into an immediate-release preparation and then determine the physical and chemical stability of the new venlafaxine formulation. Suspensions of venlafaxine (75 mg/5mL) were prepared from extended-release microspheres that had been reduced to powder and then dispersed in either OraPlus/OraSweet (50:50) or simple syrup. Triplicate samples of the suspensions were collected from amber plastic bottles stored at either 5ºC or 23ºC on days 0, 7, 14, 21, and 28, and assayed. Physical stability was based on color and pH changes. A validated high-performance liquid chromatography assay method was used to determine the chemical stability of the active ingredient. This study found that venlafaxine immediate-release suspensions, prepared in either OraPlus/OraSweet or simple syrup, are physically and chemically stable for 28 days when stored in amber plastic bottles at either 5ºC or 23ºC. 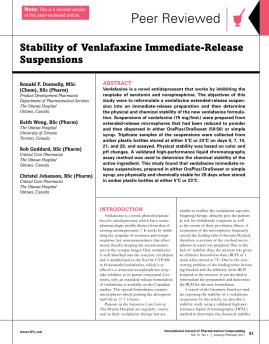 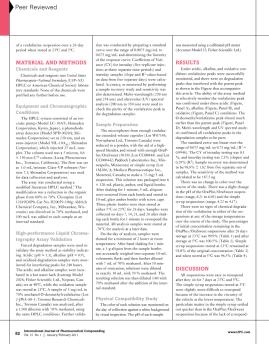 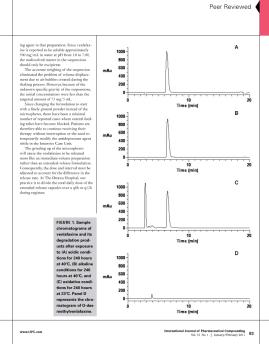 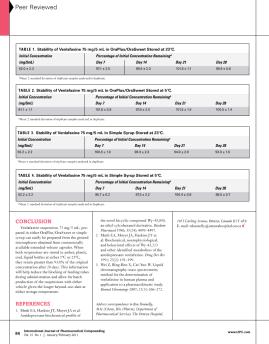