Abstract:  The use of a new suspending agent is investigated. Calamine lotion, USP contains bentonite magma as a suspending agent. In this study, bentonite magma was partially or completely replaced with a new suspending agent called tahini. Tahini is sesame paste composed of crushed sesame seeds in sesame oil. It is frequently used in middle eastern food as a thickening and suspending agent. Calamine lotion was prepared, generally, according to the USP method. The formula contained 40% v/v magma. Tahini was added instead of bentonite magma by replacing 100%, 99%, 90%, 75%, 50% and 25% of the magma. The sedimentation volume and the degree of flocculation were calculated for the resulting preparations. Rheological characteristics of bentonite- and tahini-containing lotions were also determined. Sedimentation volume showed 0.723 and 0.851 (p=0.05) for the lotions containing 100% bentonite and 100% tahini, respectively. The degree of flocculation was 2.00 and 2.35 (p=0.05) for the 100% bentonite and 100% tahini lotions, respectively. The rheograms of all the suspensions showed pseudoplastic flow. Overall, the use of tahini in calamine lotion has improved the physical stability of the formula. 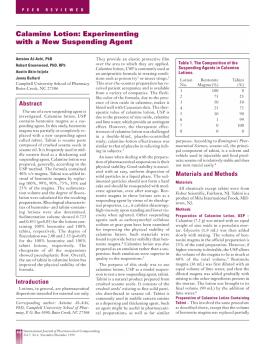 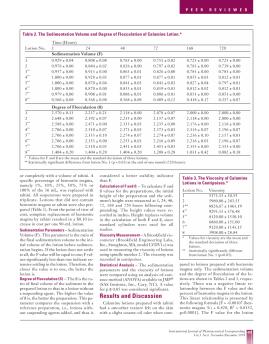 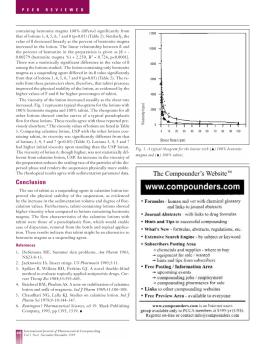