Abstract:  The purpose of this study was to determine the microbiological safety of 25 widely used antineoplastic drugs in order to establish if it is possible to safely use them, after opening, past the 24-hour period that most manufacturers suggest. This is one of the first microbiological studies undertaken for these 25 drugs. The studied antineoplastics were kept following their respective physicochemical stability conservation conditions, which are already well documented and known. All manipulations were performed in the cleanroom of a hospital oncology pharmacy, following aseptic procedures. To reveal potential contaminations (bacterial or mycological) after being opened, the drugs were tested many times and inoculated on many different types of media: TSB Broth (or TSA Agar for colored drugs), Blood Agar Base, and Sabouraud Agar. The tests were performed on the day of opening (Day 0), then again once or twice up to 14 days (on Days 4, 7, or 14) based upon known physicochemical stability. Positive and negative controls were also performed for each type of culture in order to validate the method. No bacterial growth was encountered except for two Blood Agar Bases, where one colony grew. More growth was encountered for the mycological medias (13.9%), but it was considered random since Sabouraud Agar negative controls were 10% contaminated. Twenty-two of the studied drugs were considered microbiologically stable for their studied conditions of conservation (4, 7, or 14 days). The remaining three studied drugs did not conclusively show their microbiological stability. The results suggest that 22 antineoplastic drugs could be kept longer after opening without compromising patient safety. In literature, data exists on the physicochemical stability for these drugs. Generally, pharmaceutical companies recommend that the majority of these drugs shouldn’t be used after an 8-hour period. Therefore, the results of this study can allow for a significant savings in terms of hospital budget by extending the length of usage. However, caution should be exercised when examining these results because the architecture of the cleanrooms cannot be reproduced and because it can have significant impact on the results and safety. Therefore, an internal validation process should be undertaken for each of the pharmacy settings prior to generalizing these results. 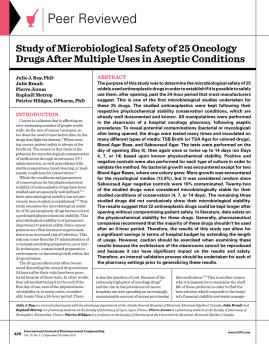 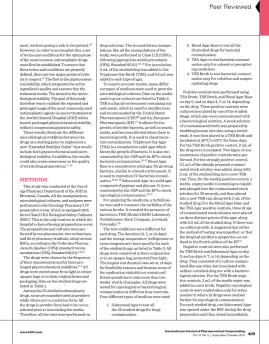 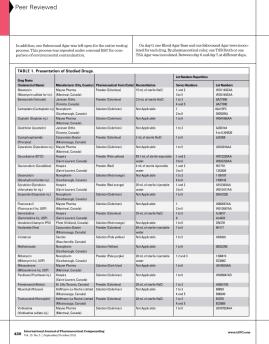 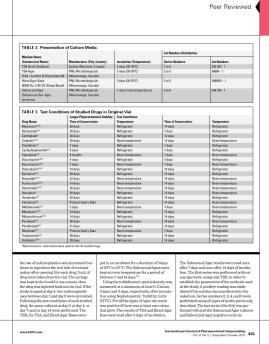 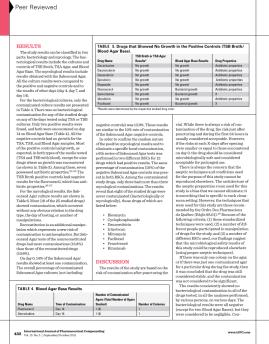 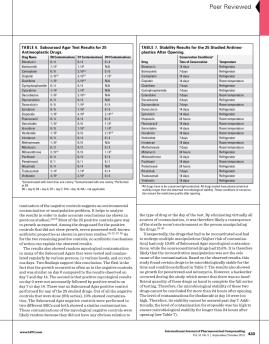 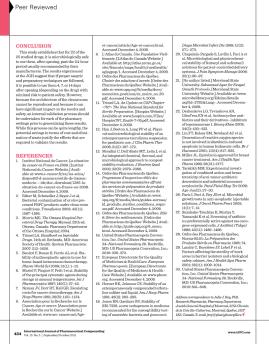