Abstract:  Sodium nitroprusside is a potent vasodilator employed intraoperatively and within critical care areas. The photolabile pharmaceutical agent has been used for decades and various stability studies have been executed. Due to potential shortages and the desire to batch compound sodium nitroprusside at a concentration of 1 mg/mL in polypropylene syringes, a new stability study was performed. Chromatographic analysis was conducted on a C18 column, with elution via an aqueous phase of 0.01 M sodium phosphate monobasic, adjusted to pH 6.5 with sodium hydroxide, and methanol (97.5:2.5) at a rate of 1 mL/min, and subsequent ultraviolet detection at 210 nm. Triplicate determinations of four samples, stored under refrigeration at 4°C, were obtained initially and on days 2, 5, and 9. Turbidity and pH measurements were performed in conjunction with visual observation on days of chromatographic analysis. Results demonstrate that sodium nitroprusside compounded in 5% dextrose at a concentration of 1 mg/mL, stored at 4°C protected from light in polypropylene syringes, is physically and chemically stable for at least 9 days. 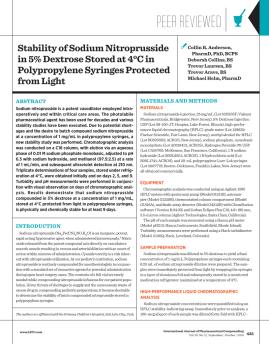 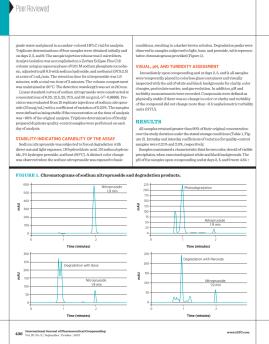 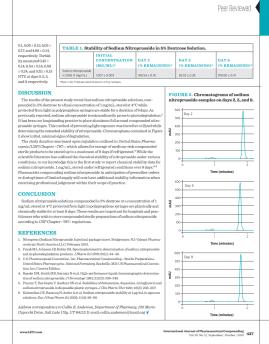