Abstract:  The stability of 3 mg/mL tubocurarine chloride (Figure 1) injection in 3-mL polypropylene syringes stored at ambient temperature and at 4ºC for up to 90 days was investigated. A high-performance liquid chromatographic stability- indicating assay was used to determine concentration levels of tubocurarine chloride injection 0, 1, 4, 7, 15, 30, 45, 60, and 90 days after preparation of the syringes. Benzyl alcohol, which was used as a preservative, did not interfere with the assay. At 25ºC, the loss in potency was less than 10% after the syringes had been stored for 45 days; at 4ºC, that loss was less than 1% after 90 days of storage. The pH of tubocurarine chloride injection did not change appreciably during the 90- day study period. 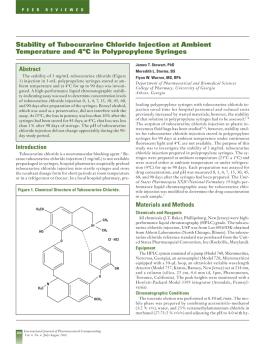 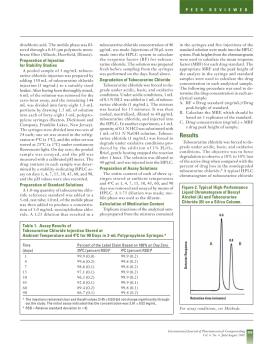 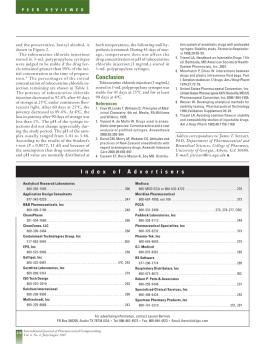